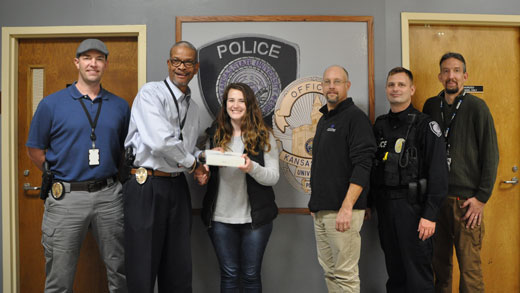 Morgan Zupan, sophomore in mass communications, is the third weekly winner of the LiveSafe contest. As a weekly winner, Zupan received gift cards to Einstein Bros. Bagels in Hale Library and the K-State Student Union. 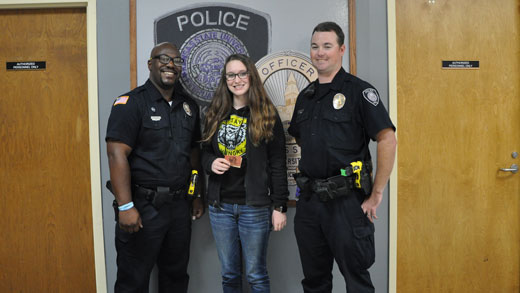 Nearly 230 new users downloaded the LiveSafe app in October. There are now about 2,850 LiveSafe users at Kansas State University. The contest's last day was Oct. 28 but K-Staters may still download the app to connect to the K-State Police Department. LiveSafe has many safety features including access to safety maps, emergency contacts, and peer-to-peer location tracking with group chat so friends can monitor and talk to each other as they travel the campus.

Also learn about other safety resources such as K-State Alerts, to stay notified by the university of emergency situations or campus closures.