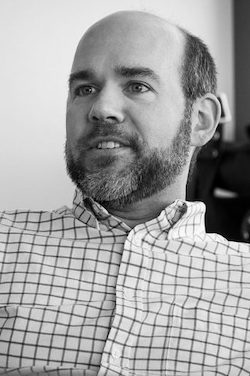 David Simmons Wood (he/him) is the director of K-State’s Early Music Ensembles and is the founder and director of the annual K-State Recorder Workshop. David is also engaged as a faculty member in the Theory, History, and Composition Division.

He holds degrees from Kansas State University (B.M. Voice) and the University of North Texas (M.M. Choral Conducting and Voice), and he studied early music ensemble direction at the Historical Performance Institute at Indiana University’s Jacobs School of Music. His primary emphases have been the sacred vocal music of the 12th to 18th centuries, liturgical reconstruction, and historical pronunciation.

David serves as the Programs Director for the Early Music America, the North American service organization for early music and historical performance practice, where he oversees scholarshiips, grants, the annual Young Performers Festival & Emering Artists Showcase, a series of webinars and other video resources, and coordinates social media and email marketing activities.

David has also be involved in church music leadership for more than two decades, holdinng the position of Minister of Music at Central Christian Church (DOC), Dallas, TX; and First United Church, Bloomington, IN. He has also served on the board of the United Church of Christ Musicians Association.

David worked in public radio at WFIU, Bloomington, IN. first as an Announcer/Producer (2005-2007), then as Music Director and Program Content Coordinator (2008-2014), and served on the board of the Association of Music Personnel in Public Radio.

Introduction to Music
Introduciton ot Music of the World