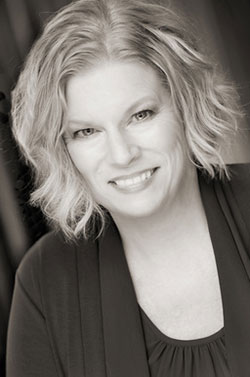 An active recitalist, performing has taken her to the Čzech Republic, where she performed vocal recitals in Dobřichovice and Český Krumlov with pianist Jaroslav Šaroun, from the Music Academy of Prague. She has also performed in Mercatello sul Metauro, Italy, as a faculty member of International Opera Performing Experience. One of her major collaborations is with Dr. Sandra Mosteller as the Sorores Duo, and together they present programs of music for soprano and clarinet. Their first CD, Sorores Duo: Memories of Hope, was released on the Soundset label in 2018. They have been featured performers at the Sigma Alpha Iota National Conventions in Orlando, Chicago and Phoenix; West Central Regional NATS Conference, and Great Plains CMS Conference. Rosine also premiered 5 songs of E.E. Cummings, written for her by composer Robert Tucker.

Dr. Rosine has performed in a variety of venues including Civic Opera of Kansas City, Kansas City Lyric Opera Express, Kansas Concert Opera, Regal Opera (TX), Lyric Theatre of Dallas, Ft. Worth Opera, and Brownwood Regional Theatre. Opera roles include Rosalinda in Die Fledermaus, Donna Elvira in Don Giovanni, the title role in TheMerry Widow, Ann Putnam in The Crucible, Goodwife and Mary in The Wise Women, and Countess Almaviva inLe Nozze di Figaro. She has also performed with Opera in the Ozarks, St. Charles Music and Arts Festival and Lake Placid Institute Vocal Seminar. She is a past recipient of the Alpha Corrine Mayfield Award in Opera Performance from the National Federation of Music Clubs.

Along with vocal directing the K-State Broadway Musicals, Dr. Rosine has served as music director for area theatres, including Junction City Little Theatre, Columbian Theatre in Wamego and Marysville Area Community Theatre. She also served as music director for Howard Payne University musicals. Music directing credits include: The Boyfriend, Into the Woods, Legally Blonde, It's a Grand Night for Singing, You’re a Good Man Charlie Brown, The Fantastiks, Music Man and Nice Work if You Can Get It.

You are welcome to visit her professional website www.amyrosine.com.