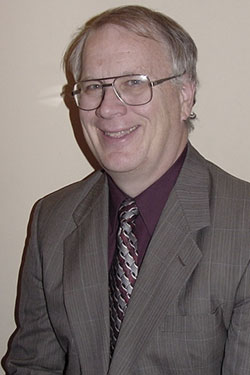 Craig B. Parker teaches undergraduate and graduate music history and also plays trumpet with the KSU Faculty Brass Quintet. He has also taught a variety of music theory courses at KSU as well as applied trumpet and horn. Parker was a member of numerous professional ensembles, including the American Wind Symphony Orchestra, Spoleto (Italy) Festival Orchestra, Long Beach Symphony Orchestra, and the Composers Brass Quintet.

Parker’s research specialties are American music since 1945, Sousa’s Band and its members, Igor Stravinsky in the United States, and the music of Young Jo Lee. He has published over 40 articles, chapters, editions, and reviews. He has presented and/or performed at over 100 regional, national, and international conferences. His most recent paper on Stravinsky was ”Igor Stravinsky at the Ojai Festival,” delivered at the International Musicological Society Symposium (Stavanger, Norway; July 2016). More recently, he presented his paper, “Japanese Elements in the Compositions of Alan Hovhaness,” at the International Musicological Society Congress (Tokyo; March 2017), the Hawaii International Conference on Arts and Humanities (Honolulu; January 2018), and the Composition in Asia Symposium and Festival (Tampa; January 2018). Parker was a featured performer at the 2015 and the 2018 Composition in Asia Symposiums and Festivals.

Parker was on the advisory board for the Grove Dictionary of American Music (2013) and was the College Music Society Board Member for Musicology (2014-16). At K-State, Parker has won the William Stamey Award for Excellence in Undergraduate Instruction and the Phi Kappa Phi Artist Award. In March 2011, he received the Society for American Music Distinguished Service Citation “in recognition of his sustained contributions to the society and its appreciation for nurturing our national music.”