Director of the School of Music, Theatre, and Dance
Associate Professor 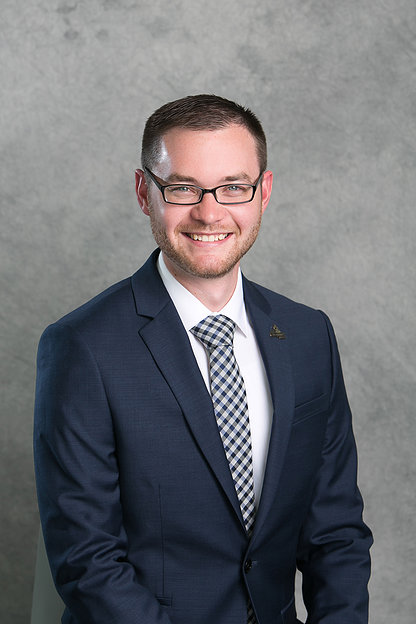 Dr. Bryan Pinkall serves the Director of the School of Music, Theatre, and Dance and is an Associate Professor of Music at Kansas State University. Dr. Pinkall is a Grammy and Emmy award-winning musician. He is a soloist and chorister with the Kansas City Chorale, whose albums have received 5 Grammy Awards and 9 nominations since 2013. He has worked in production management for events such as the the Emmy-winning 2014 Olympic Winter Games Opening Ceremony in Sochi, Russia, the 2016 Olympic Games Opening Ceremony in Rio de Janeiro, Brazil, and the World Meeting of Families Papal Mass in Philadelphia.

Dr. Pinkall was a Kauffman Scholar at the University of Missouri Kansas City (DMA), an Ellen Battell Stoeckel Fellow at Yale University, and attended Kansas State University (MM Voice & Choral Conducting, BA Voice). He was named Distinguished Kansan of the Year in Performing Arts in 2014 by the Topeka Capital Journal and was a National Quarterfinalist for the Grammy Music Educator Award in 2018.

In addition to teaching, Dr. Pinkall performs across the United States as a professional chorister and soloist in many orchestras, early music and baroque ensembles, and as an operatic tenor. Dr. Pinkall received his solo Carnegie Hall debut in 2014 with the National Festival Chorus, and was a featured soloist at the Grand Opening of the Kauffman Center for the Performing Arts in 2011 along with Placido Domingo, Itzhak Perlman, and others. His immersive World War recitals have premiered many new works and lost music, with audio/visual content, to audiences across the world including the National World War II Museum in New Orleans, the National World War I Museum in Kansas City, Eisenhower Presidential Library, the Kennedy Center for the Performing Arts, and Sydney Opera House. To learn more about Dr. Pinkall, please visit his website.