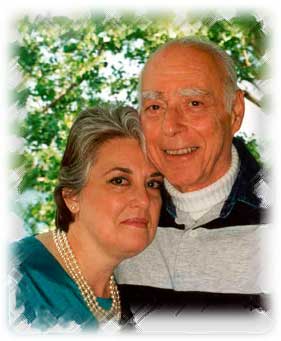 Dr. Alvin Sarachek received his PhD in Genetics at KSU in 1957. After postdoctoral study in microbial biochemistry at the Waksman Institute of Microbiology at Rutgers, he joined with Professor Val Woodward of KSU in founding the Department of Biology at Wichita State University in 1958, where he served as Department Chairman for 14 years and retired as Distinguished Professor of Natural Sciences in 1992. He held WSU’s Regents Award for Excellence in Teaching, the Emory Lindquist Excellence in Honors Teaching Award, was a Fellow of the American Academy of Microbiology, and was the recipient of grants from eight federal agencies and private foundations for support of research and academic program development activities.

Before coming to K-State for his doctorate, Dr. Sarachek received his BA in Biology (1948) and MA in Microbiology (1950) from the University of Missouri in Kansas City. He was employed as a Research Microbiologist at American Research Kitchens (ARK Bakers), in Carl Lindegren's Biological Research Laboratory at Southern Illinois University and, during his military service, at the Army Medical Research Laboratory.

Throughout his academic career, Dr. Sarachek served continuously in a variety of capacities with various private and governmental agencies concerned with science education and research. Among those activities were appointments as: guest program manager for biochemical genetics with the US Atomic Energy Commission (AEC; 1965-66) and for Student Oriented Programs in the Science Education Directorate, at the National Science Foundation (NSF; 1977-78); member of the AEC’s National Oversight Committee for programs in food irradiation (1967-l972) and chairman of the NSF’s External Peer Oversight Committee for NATO postdoctoral fellowship programs in science and engineering (1987-90); National Research Council-Hungarian Academy of Sciences exchange scientist(1986, 1988); American Society for Microbiology Visiting Professor and consultant to minority institutions (1987-92), and member or chair of some 60 site-visiting teams for evaluation of science programs at colleges, universities and research institutes throughout the country. At the time of his death on December 7, 2018, he was an emeritus member of the original founding Advisory Board for the Hereditary Neurological Disease Center with offices in Wichita, Kansas, providing research, service and outreach to a number of surrounding states in our region.

Mrs. RosaLee (Ireland) Sarachek was also a career biologist, holding bachelor and master degrees in biology and in medical technology (from WSU). She was a Medical Technologist on the staffs of St. Francis Medical Center and St. Joseph Hospital and Rehabilitation Center in Wichita, served as the first Chairperson of the Medical Technology program in the then newly formed College of Health Related Professions at WSU and over the years was an active member of Dr. Sarachek’s research group studying the genetics of medically important yeasts. She currently serves as a member of the Board of Directors with the Hereditary Neurological Disease Centre.