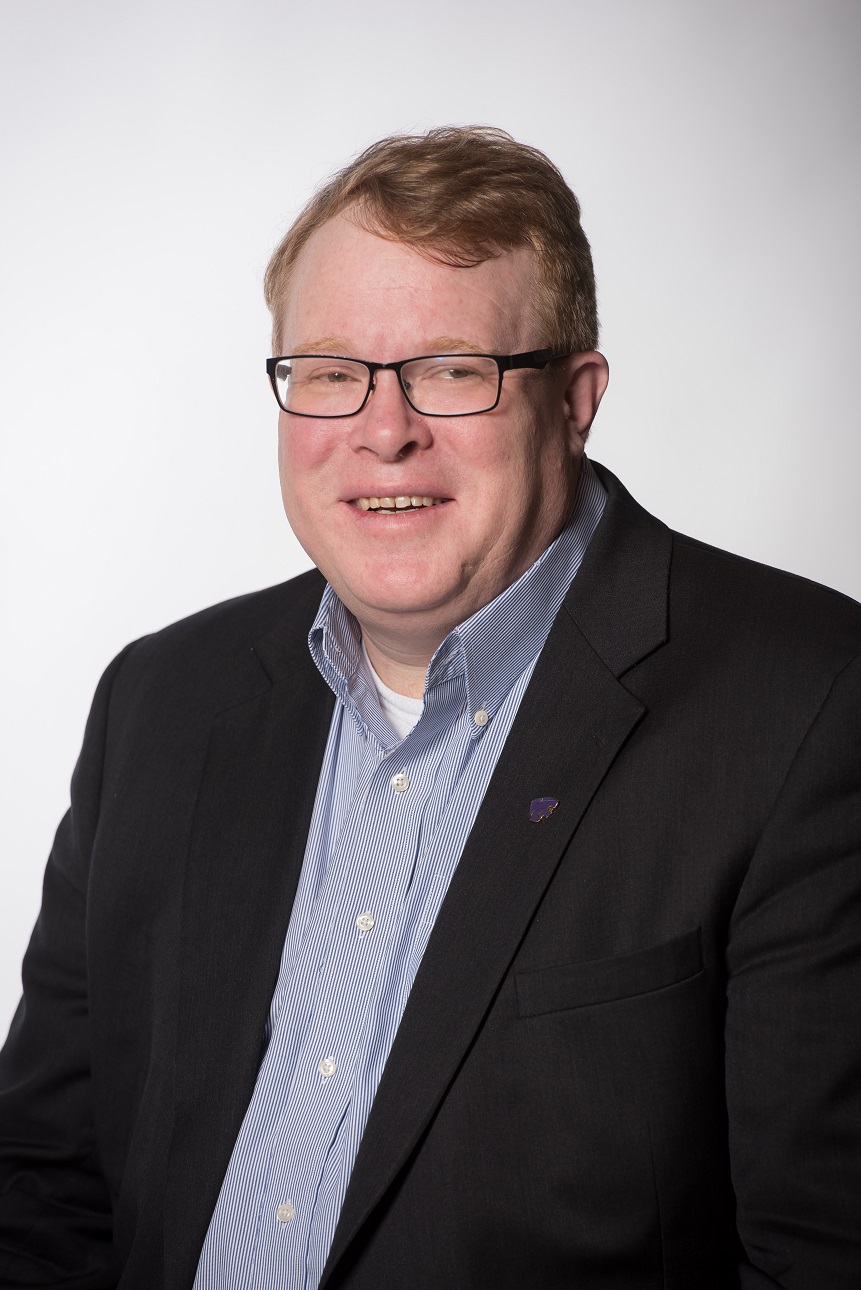 Daniel Kuester is the Director of Undergraduate Studies in Economics at K-State and in the Spring of 2008 he was awarded the Roger Trenary Chair for Excellence in Economic Instruction. Dan is the current President and Executive Director of the Association of Arid Lands Studies. Kuester received his B.A. in economics at Drury College (Springfield, Missouri) and his M.A. and Ph.D. at the University of Missouri. In 2015, Kuester received the Presidential Award for best academic advisor at Kansas State University and was the recipient of the “Putting Students First” award from the Office of Student Life. In addition, he received the Donald K. Anderson Award for excellence in undergraduate instruction while at the University of Missouri (1997) and he has been awarded the William L. Stamey Awards for Excellence in both Teaching and Advising at Kansas State. Kuester was employed as a Visiting Assistant Professor of Economics at the University of Arkansas, (2000-2004) prior to his appointment at Kansas State. Kuester was involved with the Teaching and Faculty Support Center at the University of Arkansas. He is currently a member of the Advisory Board for the Faculty Exchange for Teaching Excellence at K-State.

Kuester has authored or co-authored publications in The Journal of Economic Education, The Forum of the Association for Arid Land Studies, as well as The Journal of Economics and Finance and has also served as the editor of the Forum. He is the corresponding author of the website “The Economics of the Office” (http://economicsoftheoffice.com/) which is used by many different economics instructors. Kuester's primary research interests are History of Economic Thought, Economics of Sports, Economic Education and Business Cycle Theory. He has taught courses in history of economic thought, sports economics, public finance, microeconomics and macroeconomics. He is also currently the faculty advisor for the KSU ECON Club and he annually helps advise and accompanies K-State economics majors to the Economics Scholars Program at the Dallas Federal Reserve.

Data for the Sports Economist Blog article from February 2015

Corresponding Data (contact author for an explanation of the data)