Read about peacemaking and conflict resolution.

After more than two years of fear and uncertainty during the pandemic, the world still seems tumultuous. Continued supply chain issues, concerns with inflation and a possible recession are a few examples of recent events that cause anxiety. Additionally, the Russian invasion of Ukraine has intensified international security concerns, sparked record-high gas prices and created new global food supply issues. Global resilience is needed now more than ever — and it starts by understanding the issues. That’s the goal of Kansas State University researchers who are working to provide context and solutions in the areas of politics, oil and food.

The Russian invasion of Ukraine is an intense focus of K-State scholars in security studies, military history, international relations and similar disciplines. 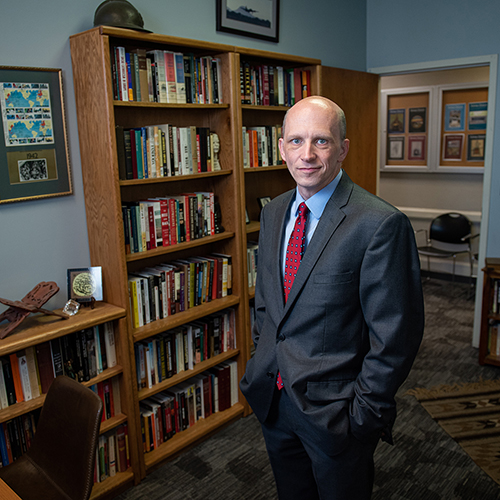 “This is the biggest single security crisis anywhere in theworld in my lifetime,” said Andrew Orr, associate professor of history in the College of Arts andSciences and co-director of the K-State Institute for Military History. “What Russia is doing is a challenge to the basic rules and laws that govern international relations. Treaty law says countries don’t conquer other countries and they recognize each other’s borders.”

When Russia began invading Ukraine, an international group of scholars immediately sought K-State’s help in forming a Ukraine Working Group. Orr is one of 12 core members of the group, which is aiding Western policymakers on options in supporting Ukraine.

According to Orr, the invasion puts the sovereignty of Ukraine and a dozen other countries into question in addition to emboldening other countries to prey on weak neighbors.

“If Russia overtakes Ukraine, it sets a precedent that one state can take over its neighbor or parts of its neighbor,” Orr said. “If that happens, it would require a multigenerational American military presence in Europe to sustain the balance of power.”

This threat to the sovereignty of European countries has highlighted the continued need for NATO, which was established in 1949 to ensure the freedoms and security of the 12 North American and European countries through military and political cooperation. The alliance has since expanded to 30 members. 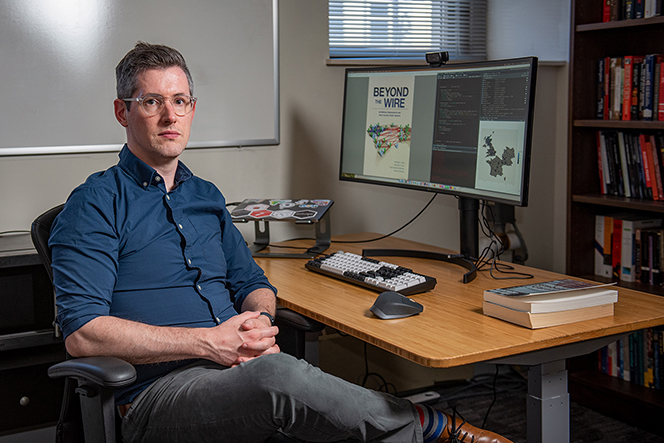 “The expansion of NATO could lead to changes in the current U.S. presence within Europe, and possibly expanding that presence within existing host states or into new member states,” Flynn said. “However, these decisions are all intimately connected to the domestic political conditions in the member states themselves.”

Flynn recently completed collaborative research on military deployments and public support for or dissent against the U.S. military, people and government in host countries. Funded by a U.S. Department of Defense Minerva Research Initiative grant, the study provides lawmakers and military officials with data and tools to make informed decisions about future deployments.

Flynn and his research colleagues recently published a book, “Beyond the Wire: US Military Deployments and Host Country Public Opinion,” based on the deployment research. This book outlines the effects that U.S. military presence has on the social fabric of host nations as well as the implications for U.S. foreign policy.

“If people don’t perceive a clear external threat, or if the U.S. is perceived to be a less reliable partner, this will likely diminish the United States’ influence in the alliances’ decisions and actions moving forward,” Flynn said. “Russia’s actions in Ukraine have likely strengthened the alliance and public support for the United States and its leadership role within member countries.”

Armed conflicts, climate change, political strife and economic turbulence all contribute to global food insecurity. In May 2022, the United Nations estimated 276 million people were severely food insecure across the globe — a number that has doubled since before the COVID-19 pandemic. K-State researchers have been working for decades to address food shortages.

The war in Ukraine has played a role in the food crisis by causing disruptions to Ukrainian harvesting, planting and exports — all of which have led to food price increases worldwide. Described as the breadbasket of Europe, Ukraine is a top producer and global exporter of sunflower seeds and oil, barley, wheat and corn. 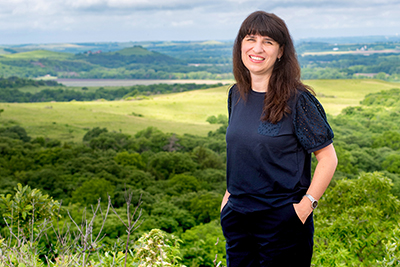 According to Antonina Broyaka, extension associate with the K-State College of Agriculture, grain and legume exports from Ukraine are projected to decrease more than 23%, or more than 12 million metric tons, in the 2022-2023 market year. This is because of logistical disruptions at ports, damaged farming equipment and crops, and active military zones in key agricultural areas of the country.

Broyaka, who is the former dean of the faculty of economics and entrepreneurship at Ukraine’s Vinnytsia National Agrarian University, says Ukraine can retain its leadership in the exports of sunflower oil under stable operations of Black Sea ports. If the port operations change, sunflower oil export losses in the current market year could be up to 30%.

Increasing U.S. wheat production is one way to help offset the future effects of the Ukraine war. K-State College of Agriculture and K-State Research and Extension scientists have been diligently working to develop high-yielding wheat varieties tailored to the environmental conditions for eastern, western and central Kansas. These varieties also are grown in areas with similar environmental conditions. 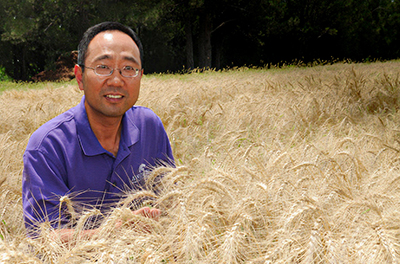 “I continue to seek high-yielding varieties to deal with potential food shortages,” Zhang said. “We know that even without the Ukraine war the population is increasing. We have to increase wheat yields to meet the food demands of the future. It’s a never-ending goal for our breeding work, because the population will continue to rise and weather patterns are changing.”

Zhang has developed 10 wheat varieties since beginning work at the Hays research center and was recently part of a K-State research group to receive two patents on new wheat varieties.

Many factors — demand, available supply and economic conditions — affect the price of oil and gasoline. Additionally, U.S. oil production has not returned to pre-pandemic levels because of labor shortages, supply chain issues, equipment failures, closed or damaged refineries as well as exploration and environmental policy concerns.

Following the Russian invasion of Ukraine, gasoline prices quickly rose and the world saw record-high prices for gasoline during summer 2022. This is a classic example of an energy shock — an increase in the price of energy that is not driven by economic growth or prosperity, researchers said. 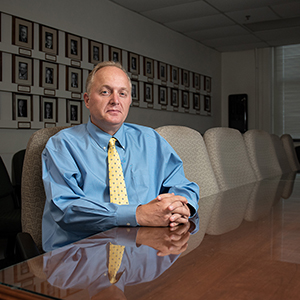 Lance Bachmeier, professor of economics, said demand for gasoline had been very strong the past few years and prices were not out of line for a strong economy, but the effects on oil prices from the invasion of Ukraine were different.

“With the recent events in Ukraine we saw a big jump in gas prices that cannot be justified by higher oil prices,” said Bachmeier, who has spent years studying how gasoline and oil prices affect inflation and the business cycle. “It’s an anomaly. Fear is the most likely explanation for the increase in oil and gas prices and we saw the price of gasoline start to decline in July.”

Bachmeier, whose work has been published in Energy Economics, the Journal of Commodity Markets and the Routledge Handbook of Energy Economics, said that high gasoline prices do lead to an immediate decline in consumer purchasing.

“When expenditures on gas go up a large amount, we do see a big decrease in certain types of retail sales — especially durable goods such as furniture and cars,” Bachmeier said. “Demand for these goods is still high and we will have to continue to watch how these sectors react to the high gas prices.”

Conflict is everywhere. It occurs in personal relationships, at workplaces, in communities and between countries.

Brett Mallon, instructor and program director for the conflict resolution program in the applied human sciences department in the College of Health and Human Sciences, says peace building should begin as soon as there is a hint of trouble and continues through all stages of conflict.

“A misconception of peace building is that it is what happens after conflict,” Mallon said. “A more effective society focuses on being peace builders every single day and is a happier society. People get along better and are able to share desires and meet mutual interests in collaborative ways instead of in competitive ways.”

Peace comes through political and diplomatic means and at the grassroots level.

“Meaningful change comes through when we get an upswell of participatory peace building,” Mallon said. “There is big power in individual, everyday peacemaking. It is critically important in war zones and it is just as important for domestic and political issues.”