Since the early 1920s, the public and private lives of Kansas State University's presidents have intersected at 100 Wilson Court.

Young children have gleefully wandered the home's halls, and future U.S. presidents have slept under its roof. The presidential home is not only historic, but is where university history is made.

The original three-story English country-style house was built of native limestone in 1923 at a cost of $31,000. Funding for the project came from a bequest by Mrs. Mehitable Calef Coppenhagen Wilson to honor her late husband, Davies Wilson. He was one of Manhattan's founders and, as a state legislator, played a key role in locating Kansas State University in Manhattan.

The house was designed by Cecil Baker, former head of K-State's department of architecture, and was to look and feel like a family home, but also blend in with other campus buildings.

When finished, William Jardine, K-State’s seventh president, and family were the first to move in. Since then, seven K-State presidents have lived there with their families, including: Francis Farrell, Milton Eisenhower, James McCain, Duane Acker, Jon Wefald, Kirk Schulz, and Richard Myers.

Prior to the construction of 100 Wilson Court, the third house on campus for presidents and their families, K-State's chief executive lived in a variety of places. President Denison lived off campus, as did President Anderson until 1875. Denison moved into a house built in 1866 (in a location that is now the center of campus) and lived there the remainder of his term. President Fairchild also lived in the house until 1885 when he moved to the second presidential home. The first house became the college hospital in 1920 until it was demolished in 1959 to clear ground for the original building of Lafene Student Health Center, which is now the English building. The 1885 house, built where Holton Hall sits today, cost approximately $6,000. President Fairchild was the only president to occupy the house as it was struck by lightning in 1895 and burned down.

Between 1895 and 1923, university presidents were required to live with their families in private, off-campus homes, which included Presidents Fairchild, Will, Nichols, Waters, and Jardine.

Over the years, the current home's interior has been renovated and redecorated to meet the residents' needs and reflect the tastes of each presidential family. The Wefalds made significant changes to the residence in 1998 when a new, two-car garage was built, and the old garage was converted into a family gathering room. Upon the recommendations from the Schultzes in 2016, the first floor guest bathroom was renovated, kitchen space was expanded to accommodate catering and event-hosting needs, and the HVAC system was modernized. The Myerses decorated and dedicated one of the second-floor bedrooms to General Dwight D. Eisenhower in the fall of 2019. On several visits to campus, Gen. Eisenhower stayed with his brother, Milton Eisenhower, the ninth president of Kansas State University. One of the more notable visits was after General Eisenhower was named Supreme Allied Commander during World War II and was given leave five months before D-Day. He secretly visited Manhattan to spend time with President Eisenhower and his family at the President’s Residence.

In addition to being home to the university's president and his family, the house has also played host to a number of dignitaries and celebrities including comedian Red Skelton and author Truman Capote, as well as numerous passionate K-State alumni and enthusiastic friends of the University.

Over its lifespan, K-State seniors have celebrated graduation in the house, and it has been used as a classroom. When on-campus housing for students was short during the tenure of president Acker, his family temporarily took in a group of students.

The President’s Residence has become much more than a residence for the chief executive and their families. The residence with its limestone rock siding, white trimmed windows, and backyard swing has become an inspiration of pride for the campus community for over 95 years. 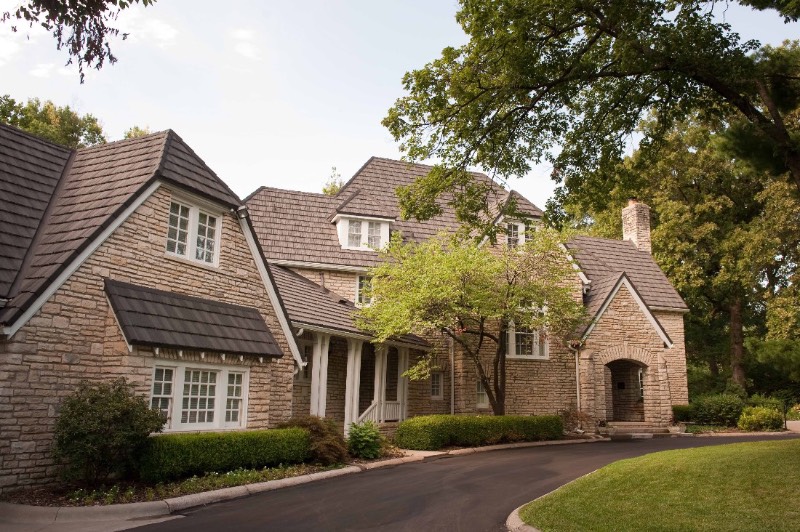