Kansas State University recently earned a five star rating in the QS Stars, or Quacquarelli Symonds, world rating analysis. According to QS, universities that display exceptional performance and quality standards are awarded five star rating. QS awarded K-State five out of five stars overall and in each category after reviewing all of our evidence. 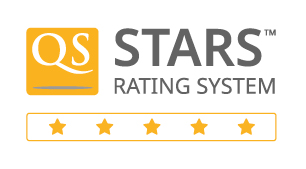 In addition to the overall rating, K-State earned the highest five star rating in several other areas.