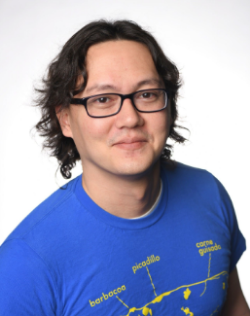 Originally from San Antonio, Texas, George graduated from Trinity University with a Bachelor of Arts in History. After receiving his degree he moved to New York City where he worked as a freelance stagehand and carpenter in Off-Broadway theatre for four years. While in New York, he worked on a number of shows including Evil Dead: the Musical, August Wilson's King Hedley II (Signature Theatre Company), and four New York premiers of works by Neil LaBute for Manhattan Class Company. In addition to his work in New York City, George has spent summers working with New York Stage and Film in Poughkeepsie and Summer Theatre of New Canaan Connecticut.