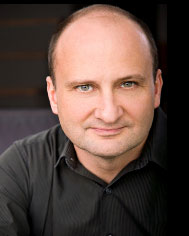 David is a professional actor, playwright and director from Vancouver, Canada. Directing credits include the Arts Club Theatre, Jitters, Peter and the Starcatcher, One Man, Two Guvnors, Venus in Fur, Boeing Boeing and The Importance of Being Earnest; Mitch and Murray Productions; Instaneous Blue, Smart People, Becky Shaw, and Lungs; as well as directing and acting with the Bard on the Beach Shakespeare Festival for fourteen seasons. He adapted and co-directed Kosmic Mambo, a stage adaptation of The Rime of the Ancient Mariner at Studio 58, Langara College. For film and television, acting credits include The X-Files, Are We There Yet, Watchmen, Project Blue Book The Layover directed by William H. Macy. While at K-State, David has directed Let Me Down Easy, She Kills Monsters, Love and Information, As You Like It. He also adapted The Government Inspector and The Imaginary Invalid.

“It does not require many words to speak the truth.” – Chief Joseph