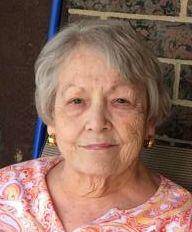 The Modern Languages Department notes the death of a long-time instructor of French, Ann Driss. She passed away Friday, December 28, 2018 at the age of 88 in Topeka.

Ann received her Bachelor’s degree from Washburn University in 1952, and a Master’s degree in French in 1966 from Kansas State Teacher’s College (now Emporia State University). She taught languages at several high schools in Topeka and Shawnee County, and just prior to coming to K-State she served as supervisor of Foreign Languages for the Topeka Public Schools for five years.

She began her career at KSU in 1967. For the first few years of teaching, she had a dual appointment with the College of Education, and remained active with Alpha Delta Kappa, the women’s honorary educational sorority, throughout her career.

In 1967-68, and again in 1968-69, she represented the West Central region of the American Association of Teachers of French as chapter chairman in charge of organization and administration of the National French contest. In the spring of 1972 she was one of four KSU faculty members chosen to receive awards for outstanding undergraduate teaching.

Ann was responsible for the creation of the KSU chapter of Pi Delta Phi, the French honorary society. She also organized and supervised the French Club and other extracurricular activities for our students over the years. She was a highly valued member of the French section of the Modern Languages Department for nearly 30 years, retiring in 1995.

Ann is survived by her daughter, Ann “Liz” Elizabeth Dennis, of Topeka, two granddaughters, and a brother. Our sincere condolences go out to her family.