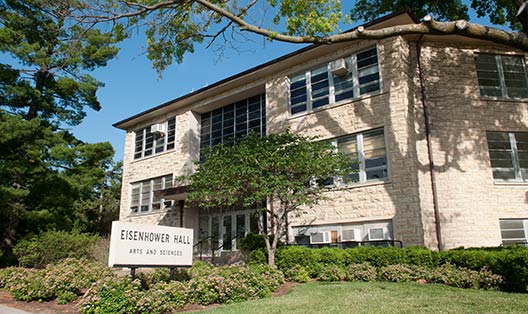 Built in 1951 for $515,000, Eisenhower Hall is named after Dr. Milton Eisenhower, ninth president of Kansas State University. He became president in 1943 and served seven years.