Kansas State University is committed to providing equal access opportunity and reasonable accommodation to campus programs and services for faculty, staff and students. If you require accommodation to view or hear a video live stream or archive, please submit a request for accommodation. Students should make their request to the Student Access Center. All others should request accommodation through Human Capital Services.

Click here for a complete text-only schedule of Breakout Sessions 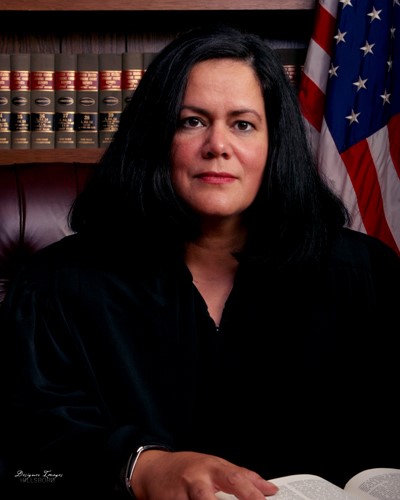 Bio: Judge Maritza Segarra graduated from Kansas State University in 1984. Judge Segarra received her J.D. from Washburn Law School in 1988 and worked for the North Central Regional Public Defender Office in Junction City from 1988 to 2004. She was the Chief Public Defender from 1997-2004 when she was appointed to the position of District Magistrate Judge for the 8th Judicial District sitting in Junction City. Governor Sebelius appointed her as a District Court Judge for the 8th Judicial District in January of 2007. Judge Segarra was the first woman to ever sit as a District Court Judge in the 8th Judicial District and was the first Latina ever named as a District Court Judge in the State of Kansas. Judge Segarra sat on several committees including the Supreme Court Judicial Education Advisory Committee, the Joint Bench and Bar Conference Planning Committee, and served on the Board of National Association of Women Judges. She was also appointed by the Kansas Supreme Court to the Kansas Judicial Council where she served from 2011- 2019 and chaired various committees formed by the Council. Judge Segarra is a recipient of the Governor’s 2008 Martin Luther King, Jr. Leadership Award, she was named a 2010 Alumni Fellow for the Kansas State University’s College of Arts and Sciences, and in 2012 was awarded the Kansas District Judges Association Community Outreach and Education Award. Judge Segarra retired from the District Court in 2019 although she continues to hear a case on an appointed basis.

***Thank you to VCA, Inc./VCA Animal Hospitals and the Kansas State University College of Veterinary Medicine VCA Student Representatives for helping to fund the 2019 KSUnite - Moving Forward Together.***

***Thank you to Delta Chi and Sigma Alpha Epsilon fraternities for volunteering to staff the KSUnite - Moving Forward Together event.****