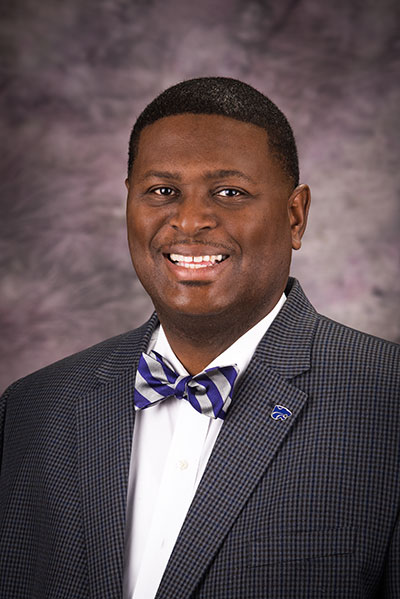 Samuel was the director of the Office of Equity and Diversity at the University of Tennessee, Chattanooga, where he has been a leader in diversity and inclusion initiatives since 2009. In his position at Kansas State University, he reports to the university president and serves on the President's Cabinet.

Samuel will lead Kansas State University in facilitating best practices and resources that will continue to strengthen the university's culture of inclusion. He will focus on employee recruitment and retention; institutional equity; and faculty development and curriculum. In addition, he will partner with the university's new associate vice president for student life, Adrian Rodriguez, to strengthen student recruitment and retention.

"It is a distinct privilege to serve as a member of the Kansas State University community and I am excited to work with all campus constituents," Samuel said. "Joining a nationally recognized institution with such an unswerving commitment to diversity and inclusion is indeed an honor. I look forward to working alongside President Myers and his cabinet as we move K-State forward in our ongoing efforts to meet the needs and interests of a global and diverse society."

A member of the National Conference on Race and Ethnicity, or NCORE, National Advisory Council, Samuel serves on the Chief Diversity Officer Executive Leadership Committee. In addition, he is an adviser to several student organizations and a member of numerous employee and diversity committees. Samuel also has served as an instructor for social work courses during his tenure at the University of Tennessee, Chattanooga.

Samuel has a doctorate in educational leadership and higher education administration from the University of Nebraska, Lincoln, and a Master of Education in community counseling and a Bachelor of Science in criminal justice from the University of Tennessee, Chattanooga. Samuel also is a designated Cornell Certified Diversity Practitioner/Advanced Practitioner awarded by the School of Industrial and Labor Relations at Cornell University.