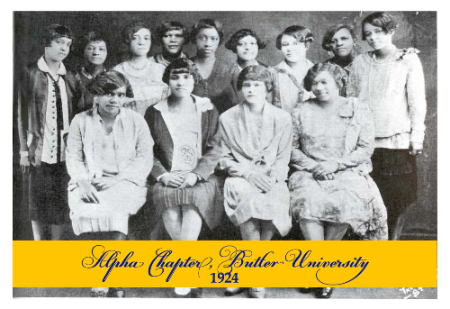 Founded in the midst of segregation, Sigma Gamma Rho Sorority, Inc. is the only sorority of the four historically African-American sororities which comprise the National Pan-Hellenic Council (NPHC) established at a predominantly white campus.

Hopes for economic betterment served as the reason for an influx of African Americans migrating to northern states, like Indiana. Although the Jim Crow laws were legalized in Indiana, African Americans still encountered much prejudice and discrimination. During this time, the Ku Klux Klan, a strong advocate for white supremacy was organized. Despite the oppression our founders faced, Sigma Gamma Rho Sorority remained RHOsilient, bold, fervent as they persevered. As a result of our illustrious founders' courage and astounding vision, our sorority has grown to over 80,000+ members today.