Big support for a big idea 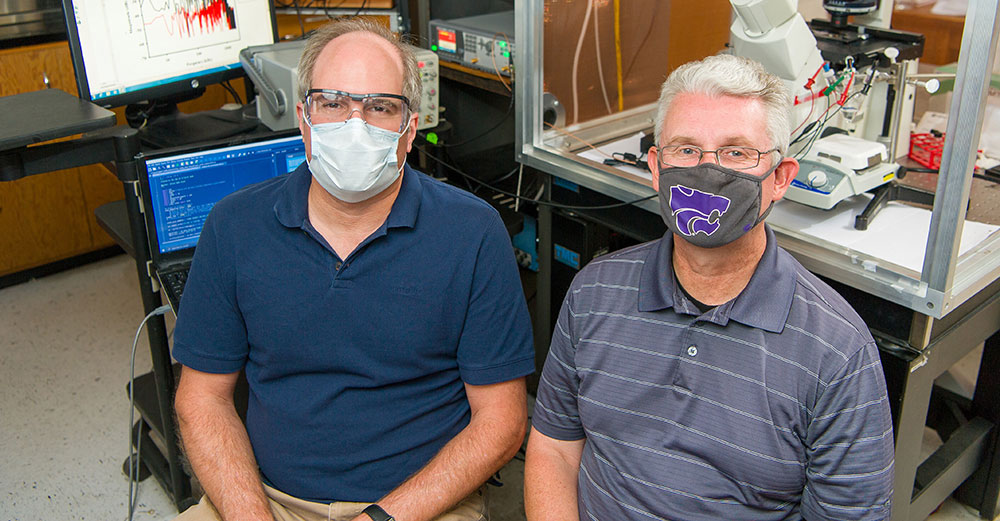 A Kansas State University-led collaboration has received a $1 million grant from the William M. Keck Foundation for research on stochastic heating and how it can accelerate chemical reaction rates. It is the first W.M. Keck Foundation award to a K-State-led research initiative.

The research focuses on understanding electrochemical, biomineralization and biochemical reactions. It aligns with the Rules of Life — part of the 10 Big Ideas that the National Science Foundation uses as a road map for future funding.

The W.M. Keck Foundation limits awards to a few projects each year and focuses on distinctive and novel approaches to medical research, science and engineering.

“The physics of living systems is a physics frontier,” said Flanders, the project lead investigator. “This award will initiate a new avenue of biophysical research in the physics and chemistry departments at K-State and through the collaboration at Lawrence Livermore National Laboratory. The W.M. Keck award and the research it will fund are significant steps forward.”

Based in Los Angeles, the W.M. Keck Foundation was established in 1954 by the late W.M. Keck, founder of the Superior Oil Company. The foundation’s grant making is focused primarily on pioneering efforts in the areas of medical research, science and engineering. The foundation also maintains a Southern California Grant Program that provides support for the Los Angeles community, with a special emphasis on children and youth.