K-State Current is a weekly news update for the Kansas Board of Regents to apprise the Regents on a few of the many successes and achievements made by K-State faculty, staff and students. 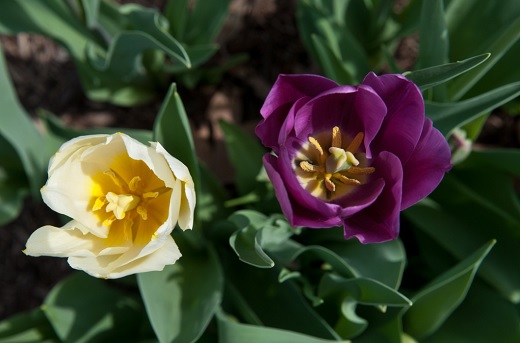 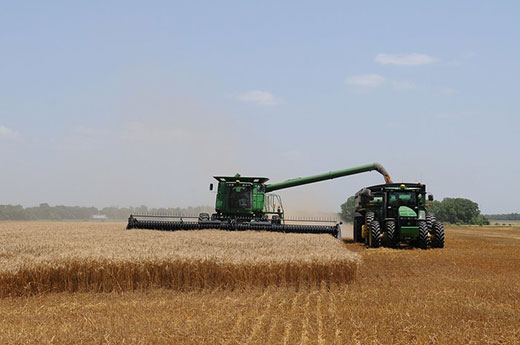 Kansas farms appear to be moving out of the shadow of the global pandemic, according to two Kansas State University agricultural economists.

Ad hoc government payments made because of the pandemic and higher than expected grain prices since last summer boosted average estimates for 2020 Kansas net farm income to $137,000, a 7% increase over $128,000 the previous year.

Listen to an interview by Eric Atkinson with Gregg Ibendahl on the weekday radio program, Agriculture Today

Even though 2020 is past, the $137,000 is still an estimate. K-State economists will not have final numbers from the KFMA until the end of May.

The outlook is a far cry from what was expected late last spring. In May 2020, an initial estimate of Kansas Farm Management Association net farm income was produced, said K-State associate professor Gregg Ibendahl. Using KFMA member farms as a baseline at that time, K-State economists predicted an 87% drop in net farm income.

“At the time, COVID-19 was starting to spread across the U.S. and the economic effect on much of the country was devastating,” Ibendahl said. “Prices for both grains and livestock had dropped, leading to questions about how severe the crisis might be for farmers.”

Since then, the profitability outlook changed course on two key developments, according to Ibendahl, an agricultural economist with K-State Research and Extension. First, the USDA announced programs to help both livestock and grain producers affected by the pandemic. The Coronavirus Food Assistance Program (CFAP) provided $23.6 billion to producers through the first two rounds of the program. Additionally, grain prices rose last summer and are now at levels not seen since before the pandemic.

In developing their estimates, Ibendahl and extension agricultural economist Dan O’Brien addressed seven major areas, including yields, prices, crop acres, expenses, crop insurance, government payments from the farm bill, and CFAP or ad hoc government payments. Each area was projected down to the farm level to estimate net farm income for each of the 588 KFMA grain farms for 2020 and 2021.

Their full preliminary report issued Feb. 3 is available online. A more complete analysis of 2020 Kansas net farm income based on KFMA data will be available this spring.

“While it originally appeared that COVID-19 was going to play havoc with net farm income, the average grain farm at least will come through the year (2020) with higher profitability,” Ibendahl said, but noted that not all farms will weather the market effects of the pandemic as well as the average grain farm.

The economists projected that net farm income in 2021 could increase another 35% to $185,000, based on futures prices. Those projections are uncertain, however, and hinge at least in part on whether futures prices translate to actual higher farm prices and if rainfall amounts are normal enough to allow for average yields.

The team also cautioned that the western United States is in a La Nina drought, so the prospect of average yields is questionable. In addition, higher grain prices tend to lead to higher expenses for fuel, fertilizer and seeds, which could cut into farm profitability.

An Agriculture Today podcast featuring Ibendahl speaking on this topic, plus other speakers and topics is available online.

Erin Yelland and Joel Matthews recognized as Professors of the Week 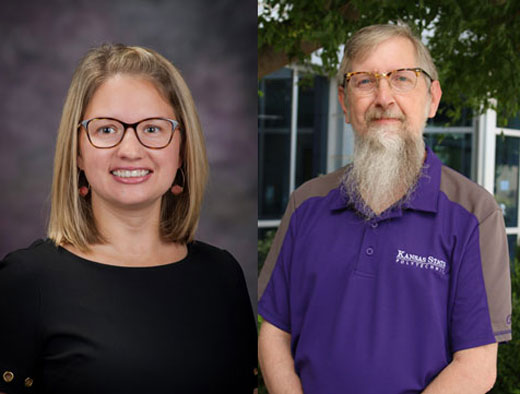 Erin Yelland, assistant professor of adult development and aging representing K-State Research and Extension in the applied human sciences department, and Joel Matthews, a psychology instructor in the School of Integrated Studies at Kansas State University Polytechnic Campus, were recognized as the Professors of the Week at the March 6 men's home basketball game. Faculty Senate, the Office of the President, K-State Athletics and the Division Communications and Marketing wish to recognize these individuals' contributions to K-State.

Yelland's extension and research program is focused on enhancing the health and wellness of Kansans across the lifespan to promote optimal aging. Her strong research- and evidence-based outreach focuses on statewide and regional needs assessments, environmental scans, and stakeholder input. Since she began her career at K-State in 2015, she has authored multiple complete extension curricula, including one that has reached more than 1,500 K-State students. She has chaired, co-chaired, or served on 10 master's and two doctoral committees to completion and currently serves on an additional 12 master's committees. She co-founded/co-chaired the North Central Region Aging Network and co-chaired the Adult Development and Aging Workgroup within the U.S. Department of Agriculture. Yelland received the Horizon Extension Award from K-State Research and Extension for her early-career performance, enthusiasm, and accomplishments. She was selected by the K-State Center for Engagement and Community Development in the first cohort of Civic Engagement Fellows.

Matthews is the winner of the 2020 Marchbanks Memorial Award for Teaching Excellence, which recognizes a faculty member’s commitment in the classroom, service to students and overall merit as a teacher. Matthews began his K-State Polytechnic teaching career in 1995 as a part-time instructor. In 2002, he advanced to a full-time position and currently teaches General Psychology, Psychology of Religion, Abnormal Psychology and Professional Conduct, Ethics and Analysis. Before joining K-State, Matthews spent 12 years as a full-time licensed psychotherapist and has maintained his professional licensure since 1990. Matthews considers a well-rounded education to be valuable and enjoys helping students broaden their horizons. He focuses on making connections and enhancing self-awareness. Matthews believes a quality education sparks personal growth.

Pratt named to the HEUG Board of Directors 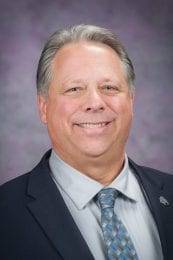 Gary Pratt, Kansas State University’s Chief Information Officer (CIO), has been named to the HEUG (Higher Ed User Group) Board of Directors. HEUG is a global nonprofit organization whose mission is “to facilitate sharing ideas, information, and experience among its members.” Enterprise systems have been the focus of HEUG, a 20+-year-old organization with 32,000 members from 900 campuses and 37 countries.

HEUG hosts the Alliance Conference every year, which “is the premier place for higher education and public sector knowledge sharing, collaboration with peers, and finding the inspiration that comes from learning about creative solutions.”

According to Pratt, “The Higher Education User Group (HEUG) was formed around the need to improve and enhance the core PeopleSoft and Oracle applications, including K-State’s primary administrative systems (KSIS, HRIS, and FIS). Membership on the HEUG Board will allow K-State to help guide the evolution of these key systems into the future.” 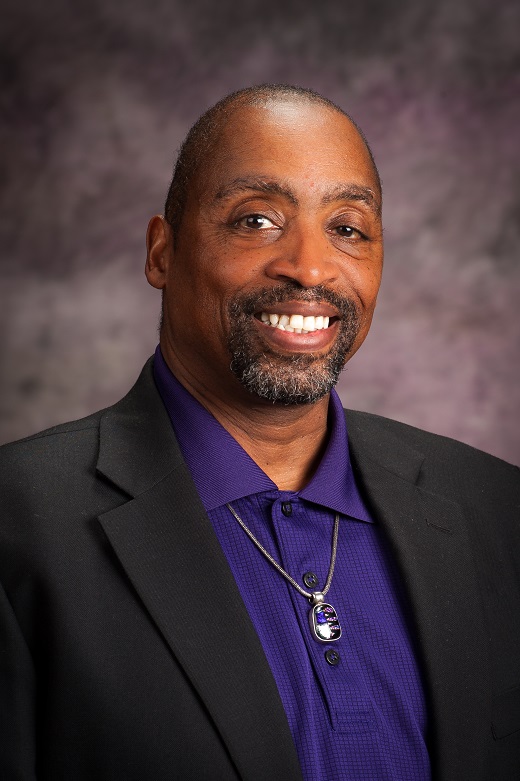 More specifically, Goins names pop vocalists Roy Hamilton and Jackie Wilson as the two men who had a significant impact on Presley's career. Goins also mentions two other significant African American musicians — songwriter Jesse Stone and producer Otis Blackwell — as major contributors who influenced Presley's career but were both unsung heroes in their roles as hitmakers for Elvis during his stellar rise to stardom.

Goins, who serves on the magazine's board of directors, has published several articles as a contributing feature columnist. Goins regularly combines intense music research with in-depth details of his use of mono, stereo and high-end digital equipment for playback of his extensive music collection in 45s, LPs and CD format. 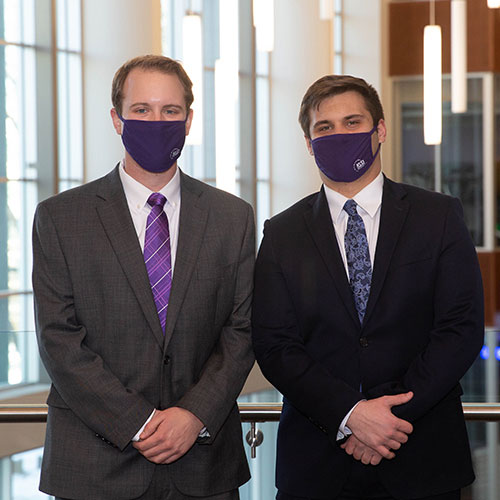 "The University of Toledo Invitational Sales Competition is a great opportunity for students to enhance their sales skills," said Kellie Jackson, managing director of the National Strategic Selling Institute and sales team coach. "With 3M as the sponsor, it provides students the opportunity to sell a technical product with a clear return on investment, unlike other competitions that concentrate on selling a service with perceived value. I was proud of the team's accomplishment, under the direction of King, and look forward to their continued success."

The team will be competing in several competitions throughout the school year across the country. For more information on the National Strategic Selling Institute or the K-State Sales Team, please contact kstatesalesprogram@k-state.edu.