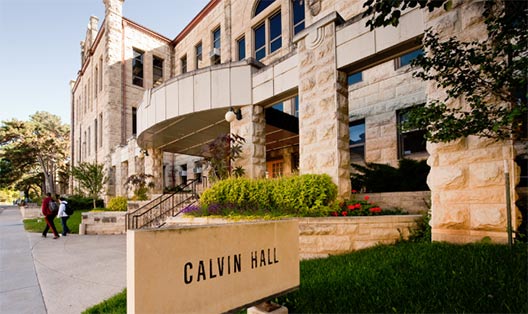 Calvin Hall is named in honor of Henrietta Willard Calvin, one of the nation's leading home economists of her time. Calvin was an early graduate of Kansas State Agricultural College in domestic science in 1886, and was a professor of domestic science, now human ecology. Building construction ended in 1908 at a total cost of $70,000. Then known as the Domestic Science and Art Hall, the building contained the College of Home Economics until 1960, when it underwent remodeling to serve the College of Business Administration.

In July 2016, a new College of Business Administration building opened on the east side of campus. During this time, the College of Arts and Sciences began preparations to make Calvin Hall its new home and settled in during early 2017.