Instruments Available at the Analytical Laboratory

The Kansas Lipidomics Research Center's Analytical Laboratory has six different mass spectrometer systems which we use to acquire sample data. 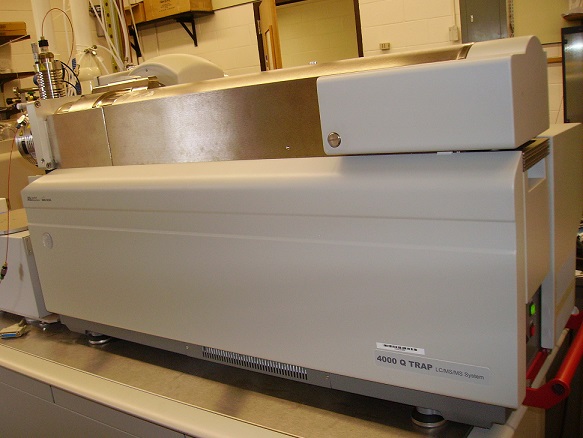 Triple quadrupole mass spectrometer with electrospray and APCI sources. This instrument and the 4000 QTRAP (below) are the workhorses for routine lipid profiling. The "triple quads" have good sensitivity and can provide a linear response as a function of lipid concentration over a large concentration range (100,000 to 1,000,000-fold).  Their mass accuracy is "nominal" mass, which mean that the peaks are about 0.7 of a mass unit wide, and typically the absolute value of the mass/charge ratio is within 0.2 units of the actual value. 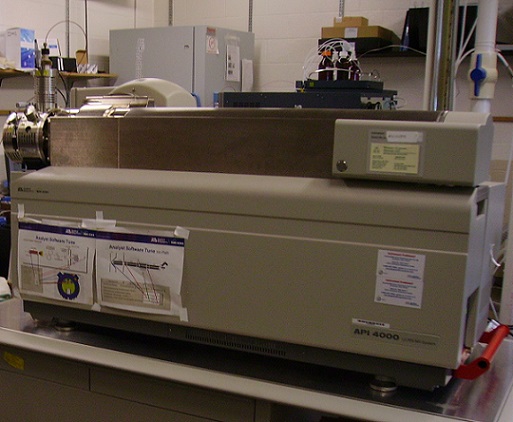 Triple quadrupole mass spectrometer with a linear ion trap and an
electrospray source. 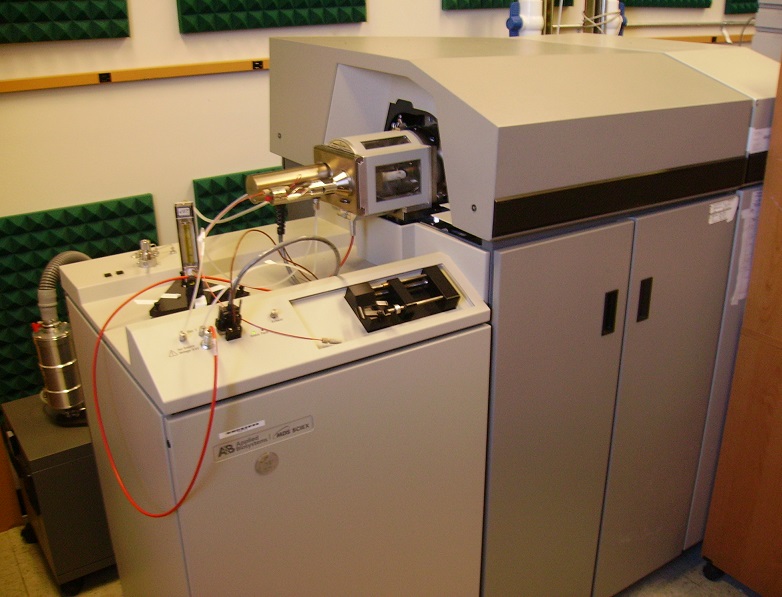 Quadrupole-time-of-flight mass spectrometer with an electrospray source.  A major use of this instrument is to identify the chemical formulas for lipid fragments, because the “QTOF MS” can detect the mass of a lipid fragments accurately.  For example, this instrument can differentiate between a fatty acid that carries an extra oxygen compared to a fatty acid with an odd number of carbons.  For example, it can differentiate between fatty acyl anions stemming from hydroxy-18:3 (with a mass/charge ratio of 293.2117) and 19:2 (with a mass/charge ratio of 293.2480). 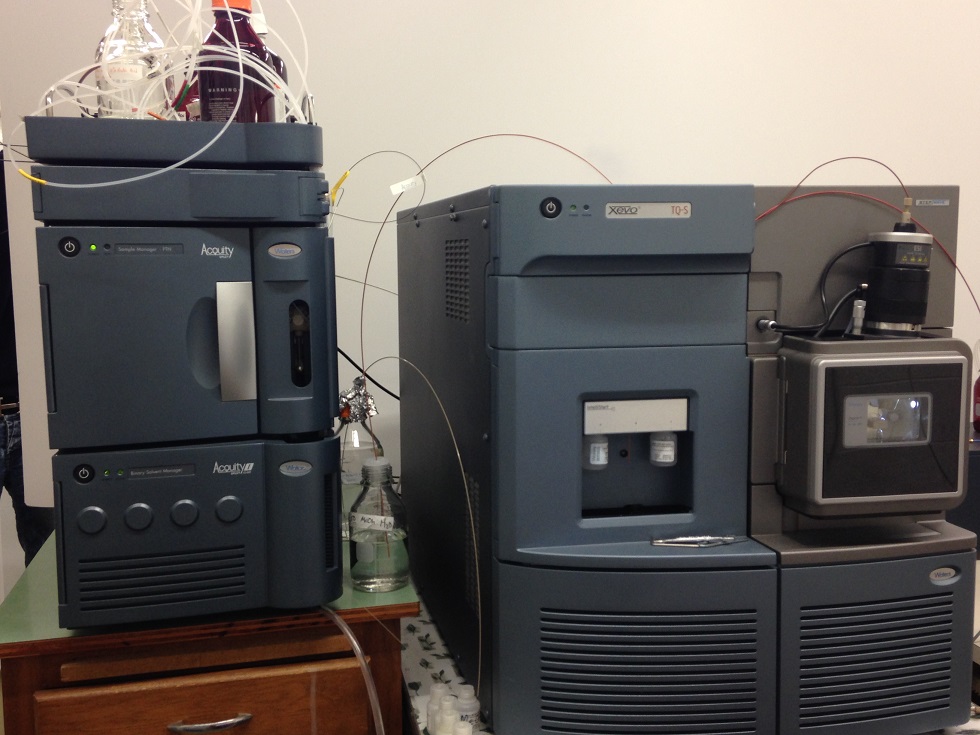 Triple quadrupole mass spectrometer with an electrospray source, acquired in 2013.  This mass spectrometer has similar functionality to the other "triple quads", but greater sensitivity.  We currently use it for specialized workflows and a direct infusion plant-lipid MRM method (Vu et al., Plant J. 80, 728). 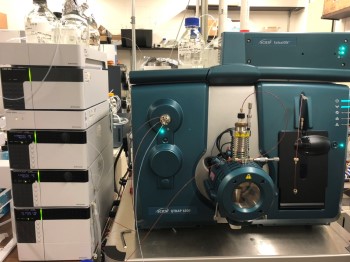 Triple quadrupole mass spectrometer with an electrospray source, acquired in 2017.  Like the Xevo TQS, this mass spectrometer has high sensitivity.  This instrument has two special features: an excellent linear ion trap and ion mobility spectrometry.  The latter can be used to select analytes, based on their dipole moments, in the source. We are using this instrument primarily for large plant lipid sample sets. 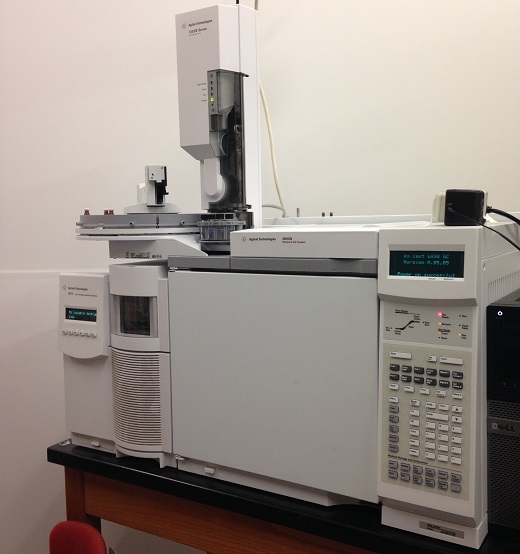 This instrument is used for analysis of lipids that can be made volatile.  This may involve lipid hydrolysis and typically involves lipid derivatization.  Analyses that can be performed by GC/MS include fatty acids, sterols, plant cuticle lipids, and phytohormones.