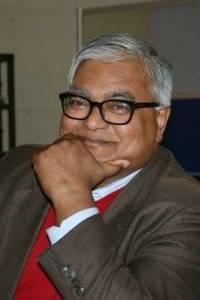 Shah Hasan is an experienced administrator and faculty member, having served at The College of Wooster, The Ohio State University, Kansas State University, West Virginia University, Franklin University, Columbus State Community College, Otterbein University, Ohio Dominican University, Urbana University and most recently at Virginia International University. He is a frequent consultant and speaker and has presented over a hundred large- and small-audience presentations, principally in the areas of developing leadership, managing change and transition, strategic enterprise planning and managing organizations. Over the years he has grown a passion for leadership development and for facilitating enterprise innovation that empowers learners to help change the world.

Always a teacher, after a 10-year period working directly with college students, Hasan served as faculty member and administrator at Franklin University with principal responsibilities for developing the Online MBA, faculty staffing and development, as well as teaching courses in the MBA and graduate Marketing and Communications programs. Students selected Hasan for the Robert Bailey Distinguished Teaching Award in 2001, 2002, 2003, and 2004. In 2003, he was also nominated and listed as a recipient of the “100 Ohio Educators of Distinction” Award.

At Columbus State, Hasan was responsible for directing strategic human capacity development, and designed and led an institutional leadership development program for faculty, staff and administrators. At Otterbein, Hasan served as Director of the MBA Program. He also served as Interim Associate Dean for Academic Affairs, with leadership responsibility for graduate and adult undergraduate programs at Otterbein University. Hasan has served as Dean of the Division of Business at Ohio Dominican University. At Urbana University, after initial work as Dean and Professor of Management at the College of Business, Hasan served as Provost and Chief Academic Officer at Urbana University and later Virginia International University.

Active in a number of civic and professional associations, Hasan was a long-time member of and peer reviewer for the Academy of Management. He has also previously served on the Board of Trustees of the West Virginia Alliance for Women’s Studies, the International Practitioner Board of the Academy for Leadership and Development (for Institutions of Higher Education), the WOSU Radio Advisory Board, the Columbus Metropolitan Club, including a term as president, and the Mid-Ohio Regional Planning Commission. He has served as the Treasurer of the Board of Directors of the American Red Cross of Greater Columbus, and on the boards of the Girl Scouts Heartland of Ohio Council, the Kristina Isabelle Dance Company and the Columbus Gay Men’s Chorus. Most recently, Hasan chaired the Steering Committee of The Burkhart Center, and founded the reading and discussion group called Much Matters.

Hasan earned a B.A. from The College of Wooster, a M.A. from The Ohio State University, a M.B.A. in Finance from Southern New Hampshire University, and a Ph.D. from Ohio University. He is the author of Leading Rites: Ritualization and Leadership in Faculty Professional Life (2017).

Hasan lives in Hilliard, Ohio, with his wife and daughter.