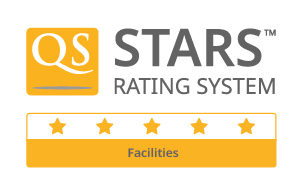 For immediate care when the health center is closed, contact the local hospital:
Ascension Via Christi Hospital
1823 College Avenue
785.776.3322 (Hospital charges will apply)

The Reality of Alcohol on College Campuses

Harmful and underage college drinking are significant public health problems, and they exact an enormous toll on the intellectual and social lives of students on campuses across the United States.

Each year, about 1,825 college students between the ages of 18 and 24 die from alcohol-related unintentional injuries, including motor-vehicle crashes.

Each year, about 696,000 students between the ages of 18 and 24 are assaulted by another student who has been drinking.

Each year, about 97,000 students between the ages of 18 and 24 report experiencing alcohol-related sexual assault or date rape.

About 20% of college students meet the criteria for an AUD. Other Consequences These include suicide attempts, health problems, injuries, unsafe sex, and driving under the influence of alcohol, as well as vandalism, property damage, and involvement with the police.