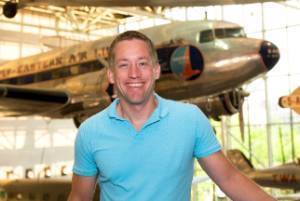 My work focuses on how gender and sexuality has interacted with other social forces, such as the legal system, workplace management practices, the labor movement, technological innovation, and the US's growing global influence after World War II. My research has been enhanced by two in-residence fellowships at the Smithsonian National Air and Space Museum in Washington, DC, and a Fulbright Fellowship in Belgrade, Serbia.

My first book, Plane Queer: Labor, Sexuality, and AIDS in the History of Male Flight Attendants, examines how flight attendants in the US combated sexism and homophobia through the eight-decade expanse of the career. Focusing on men in this profession deepens understandings of how gender discrimination operates, foregrounds instances of anti-gay workplace discrimination, and highlights how advocacy for disability rights—especially involving workers with HIV/AIDS—has been central to America's civil rights legacy. Plane Queer won the 2015 John Boswell Prize for outstanding book in the field of LGBT history, awarded by the American Historical Association's Committee on LGBT History.

My current book project, tentatively entitled The Confines of Cosmopolitanism: A Postcolonial History of Aviation and its Cultural Impacts in the Jet Age, examines the proliferation of air travel, with a particular focus on the Cold War’s so-called “Second World” and “Third World.” I focus first on the developing world’s airlines and their influence on foreign relations, examining how civil aviation created new opportunities for contact and negotiation between these newly independent states and the West, offering the potential to redraw what I call the “cartography of colonialism” that consigned these realms before the Jet Age to a peripheral geographical status.

The new project also maintains my first book's focus on gender and sexuality. Looking particularly at the women and men who worked at these non-Western airlines as flight attendants, I find a partial move to emulate the supposedly “cosmopolitan” norms of gender and sexuality emanating from the West, albeit with a countervailing aspiration to maintain certain deeply rooted local norms. The result among these flight attendants was a hybrid iteration of Jet Age feminism and Jet Age homosexuality, both of which borrowed heavily from “cosmopolitan” Western influences without necessarily copying them.

"Jet Age Feminism: Emilio Pucci, Mary Wells, and the Braniff Airways Stewardess of the 1960s," Journal of the Research Institute for the History of the Global Arms Transfer, v. 8, 67-82, July 2019.