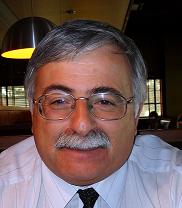 After earning my Ph.D. from Ohio State in 1987, I taught at the University of Alabama and Penn State University before arriving at Kansas State University in 1992. As the son of a Marine veteran, I developed an interest in military history and the Pacific theater in World War II at an early age. My research interests include warfare in the industrial age, especially as seen in the contrasting approaches to waging war by the Americans, British, and Japanese in World War II. This has led to the study of topics that illuminate a society's philosophical heritage and cultural values as revealed under the stress of wartime, including industrial and manpower mobilization, logistics, the use of capital assets, and popular culture. Presently I am researching the comparative utilization of land transportation in Asia and the Pacific during World War II, such as railroads, pipelines, and the famed Burma Road.

"Pearl Harbor and the Fall of the Philippines," in: Robin Higham and Stephen J. Harris, eds.,Why Air Forces Fail: The Anatomy of Defeat (Lexington, Ky.: University of Kentucky Press, 2006)

Editor, "We Were in the Big One": Experiences of the World War II Generation Dover, Del.: Scholarly Resources, 2002)