Ph.D., Institute of the Physics of the Globe, Paris (IPGP)

Claudia joined the department in the summer of 2016. Her expertise is geophysics. During her PhD, she worked on the processing and interpretation of geophysical data, in order to constrain the compensation mechanisms involved during intraplate volcanism emplacement in French Polynesia. After her PhD, she moved to Japan where she conducted a three year post-doctorate at JAMSTEC, Yokosuka. During this period she began modeling mantle dynamics based on tomography models developed by the Japanese team. The results show that a direct link exists between mantle dynamics and surface observations. Indeed, the dynamic models can account for the observed depth anomalies, or swells, as well as for the volcanism emplacement. At the broader scale of the South Pacific Superswell, the dynamic models can also account for geoid anomalies. After that, Claudia moved to Portugal, where she worked at the Centro de Geofisica de Evora as a research scientist. During this period, she was investigating the relationship between mantle dynamics and the characteristics of the Azores plateau. For this last topic, she was awarded a $180,000 research grant -OREAZ project. This study showed that the stresses induced by mantle convection can account for the rifting regime observed over the Azores plateau and the Terceira Rift, and its consequences in terms of surface morphology and seismicity. In 2013, Claudia began working as a research scientist at Virginia Tech. Her research goals were to further investigate the links between mantle dynamics and surface observations, but for a wider range of tectonic settings and at different scales. For this purpose she developed a method which allows a more realistic use of tomography models by coupling them with thermodynamic constrains. One of the projects Claudia Adam would like to develop in the near future is to constrain the structure and dynamics of the sub-continental lithospheric mantle under the North American continent. 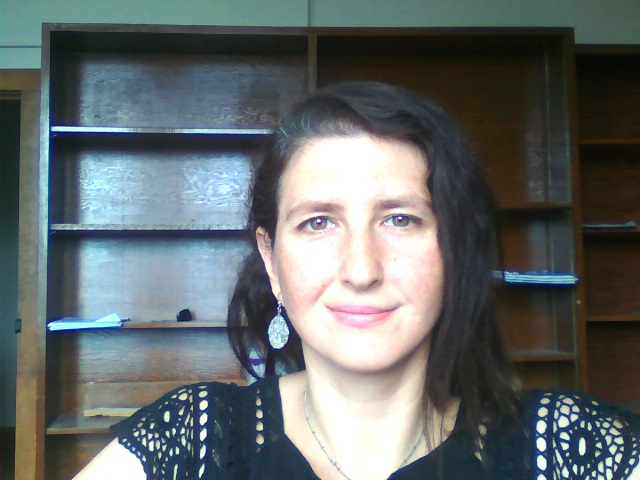