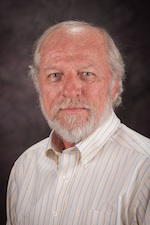 James L. Machor is a Professor in the English Department, where he has been on the faculty since 1990. His areas of specialization are nineteenth-century and colonial American literature and culture, fiction, and critical theory, with particular emphasis on reception studies and audience-oriented criticism and on narratology. He has also taught at Ohio State University, the University of Brussels, and the University of Leuven-la-Neuve.

A former Senior Fulbright and National Endowment for the Humanities fellow, he is currently the senior co-editor of Reception: Texts, Readers, Audiences, History, the peer-reviewed journal of the Reception Study Society of America.

He is the author of Reading Fiction in Antebellum America: Informed Response and Reception Histories, 1820-1865 (2011) and Pastoral Cities: Urban Ideals and the Symbolic Landscape of America (1987) and the editor of Readers in History: Nineteenth-Century American Literature and the Contexts of Response (1993), Reception Study: From Literary Theory to Cultural Studies (2001), and New Directionsin American Reception Study (2008). His current project is a book on Mark Twain’s popular and critical reception from 1867 to 2000.