Mock Trial offers an opportunity for aspiring attorneys and aspiring actors to form teams and prepare to try cases against other universities from across the country. Teams are made up of 6 or more students who take on the roles of both attorneys and witnesses in the trial. Teams argue both sides of the case (prosecution or plaintiff and defense) several times during each tournament, and the same case is used for the entire competitive season. A complex case is released by the American Mock Trial Association at the beginning of each academic year. Students get to design their own case theory and choose which witnesses to call and pieces of evidence to introduce.

Mock trial is a great activity for preparing students to think critically, communicate effectively, and work in a team. Law schools hold mock trial participation in high regard, and participants have a competitive edge once they start law school. Mock Trial is also a great activity for actors to enhance their improv skills and create their own character. Being a mock trial witness requires the willingness to learn and stretch your abilities. 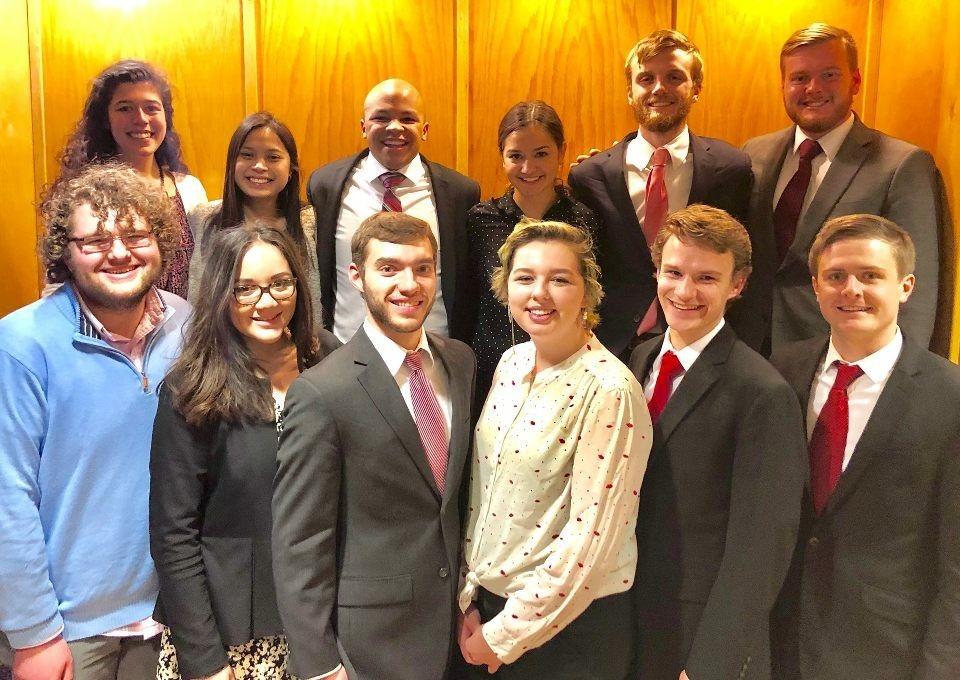 The Mock Trial Team meets throughout each semester, on Monday and Thursday evenings at 7:30 p.m. in Room 301 of Nichols Hall.

Hear from the Team

"Mock trial has given me a lot of great leadership opportunities and increased my confidence in & out of the courtroom." -Marren Blakely

"The hands-on experience cannot be understated. If you're wanting to do any type of litigation, or interested in any aspect of the legal system, I would highly recommend it!" -Jacob Kuckelman

"I have met some of my deepest friends during my time in Mock Trial! Their continued support and motivation throughout college has made me the person I am today!" -Elyssa Kohler

"Mock trial has given me the chance to be a part of something at K-State. I have met friends and, not only grown on my path to becoming an attorney, but also as a person. Mock trial has given me skills in public speaking, confidence, and how to be a good team member. These are skills I can use for the rest of my life, no matter the field I go into." -Ben Walberg