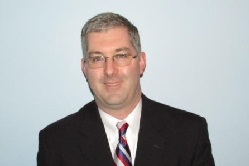 Richard Crowley is a co-founder and partner of Invictus Consulting, LLC, and is a 2001 graduate of the United States Military Academy at West Point, New York. In 2007 he concluded his time in the Army, began researching the dynamics of service members departing the military and has been working to assist his fellow veterans through their transition experiences ever since. In 2013, he coauthored a white paper entitled "Looking Critically at Reintegration of Post-9/11 Era Veterans" with Arthur S. DeGroat. The paper has been widely endorsed and cited as a source of valuable and practical insight into the common challenges faced by this generation of veterans as they attempt to reintegrate into civil life and work. He routinely partners with Kansas State University and the 1st infantry Division at Ft. Riley to provide programs in support of active duty soldiers and their families. His wife Deborah is an Army psychiatrist at Ft. Riley. Together they have four children and reside in Manhattan, Kansas.