The awards recognize doctoral candidates who have shown exceptional achievement in graduate studies and demonstrate excellence in scholarship through publications and other accomplishments appropriate for their academic field. The University Distinguished Professors Group has established a set of guidelines and criteria for the evaluation of candidates and partners with the Graduate School to coordinate the selection process.

Panfil's research examines how male and female brains differ when it comes to decision-making. Humans and animals face thousands of choices each day, often involving a tradeoff between the value of rewards and the time of receipt for each option. These choices may accumulate over time and result in a healthy lifestyle. Alternatively, impulsive choices are associated with attention-deficit/hyperactivity disorder, major depressive disorder, schizophrenia, gambling, substance abuse and obesity. These disorders and problematic behaviors affect men and women differently. Panfil believes that understanding what brain regions may be involved in impulsive decision-making can help clinicians develop more effective treatments for diseases, disorders and behaviors associated with poor self-control in both men and women. Panfil received a $3,333 award to support her research. Her major professor is Kimberly Kirkpatrick, university distinguished professor of psychological sciences. View a brief video summary of Panfil's research.

Quellhorst's research deals on improving sanitation and food safety and helping create better trapping/monitoring programs for invasive pests, including the larger grain borer, which threaten the biosecurity of the U.S. The larger grain borer is a devastating pest of maize and is commonly found in Mexico and Central and South America. Because of climate change, it is expected the range of this insect will move northward, where it would invade the southern U.S. and threaten the maize supply. Quellhorst believes by better understanding this insect's behavior, ecology and interactions with microbes, better trapping/monitoring programs for invasive pests can be created. Quellhorst received a $3,333 award to support her research. Her major professor is Kun Yan Zhu, university distinguished professor of entomology. View a brief video summary of Quellhorst's research.

Pires' research involves testing agricultural practices to improve soil health at the farm level. He conducts statewide on-farm studies to measure and communicate cover crops' economic and environmental benefits and nutrient management to generate recommendations for farm productivity and sustainability. Pires says it is critical to understand how soil health management strategies can address the issues that compromise the sustainability of croplands for future generations. Pires received a $3,333 award to support his research. His major professor is Charles Rice, university distinguished professor of agronomy. View a brief video summary of Pires' research.

"The university distinguished professors are committed to recognizing excellence in graduate student research," said Kirkpatrick, who is president of the University Distinguished Professors Group. "A big congratulations to this year's award winners. The students are from diverse disciplines, but all are conducting important research to address pressing issues that affect our society."

The awardees will be recognized by the University Distinguished Professors Group on Sept. 20. The awards are made possible through a combination of donations from individual university distinguished professors, support from the university's Office of the Vice President for Research and external donors. 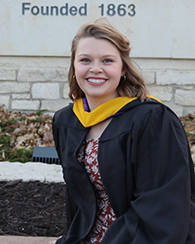 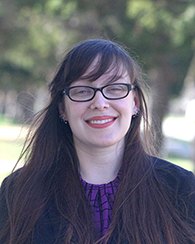 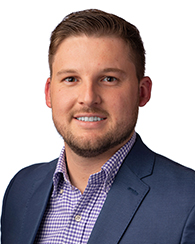