Lair family selected as 2022 K-State Family of the Year 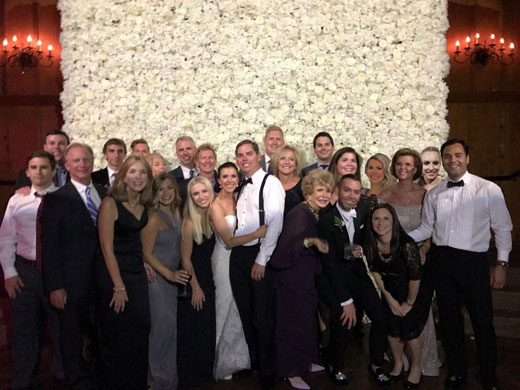 The Lair family at Matt and Monica Lair Junghans' wedding in 2016.

MANHATTAN — The Virgil Lair family has been selected as Kansas State University's Family of the Year by Chimes Junior Honorary and will be recognized at the K-State football game versus Tulane on Saturday, Sept. 17, at Bill Snyder Family Stadium. The selection of the Family of the Year is part of the university's 94th annual Family Weekend celebration.

"The Virgil Lair family's K-State pride dates back three generations, and ever since then, they have been actively pursuing the mission of the K-State family," said Clarissa Kiefer, Chimes co-director of events. "Each member of this family has left their mark on Kansas State University and they hope to carry on this strong tradition for generations to come."

According to the family's application, after returning from service in World War II in the Pacific Theater, Virgil Lair, of Piqua, attended Kansas State College of Agriculture and Applied Science under the GI Bill of Rights in 1946 and graduated from K-State in 1950 with a degree in agronomy. He married Mary Alice Smith, who attended another college but was quick to don her knee-high lavender boots in the late 1960s and early 1970s in support of the Wildcats and the new stadium.

The Lair family has earned 21 degrees from K-State, with graduates from six of the nine colleges and the Graduate School. Virgil and Mary Alice Lair's four children are all K-State alumni: Greg Lair, '78; Mark Lair, '80; Casey Lair, '83; and Jill Lair Aylward, '85. Ten of 14 grandchildren have attended or are currently attending K-State, and with 11 great-grandchildren already, there are sure to be more K-State graduates in the making.

"We always credit our successes to our K-State educations and time spent in Manhattan," the family's nominator said. "We carry our pride of K-State highly, and our loyalty is passed on to our children and to our children's children, and we remain faithful to the purple and white. We are truly proud and mean it when we say, 'I know a spot that I love full well.'"

Regardless of distance and varied interests, the one tradition that has held steadfast with the entire Lair family is their love of K-State football. The family has been football season ticket holders since 1969. These tickets — which are fondly referred to as the "four original chairbacks" — are still held and cherished by the family. Overall, the family keeps 17 annual tickets and at every home football game, many family members tailgate and root on the Wildcats.

"A huge reason why I love football season so much is that I get to see almost all of my cousins, aunts and uncles and college friends at the games and tailgates," said Regan Wintjen, one of Virgil Lair's granddaughters and 2018 K-State graduate in human resources and marketing. "K-State tailgates have become a top reason we've all stayed so close over the years."

The following family members will accept the award on Sept. 17:

From Neodesha:
Casey and Julie Lair
Alex and Valon Lair Jones and their children, Harper and George
Garick and Breck Dakin-Lair 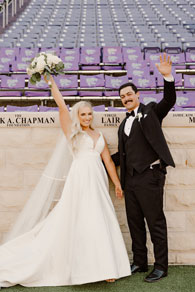 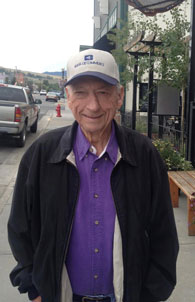 Virgil Lair — The Man Behind the KSU Lair Family Legacy