Alvin and RosaLee Sarachek, Wichita, established the fellowship and travel awards to recognize resident graduate students enrolled in a doctoral program at Kansas State University who have demonstrated exceptional research and scholastic accomplishments. An interdisciplinary faculty selection committee determines the fellowship and award recipients. The awards program is offered through the university's Graduate School.

Huang is working on fungal genetics and biology of the pathogenic fungus Magnaporthe oryzae, which is the causal agent of the devastating rice blast disease and a model system for studying pathogen-host interaction. The estimated annual loss of rice production due to rice blast is equivalent to the amount needed to feed 60 million people. Using Clustered Regularly Interspaced Short Palindromic Repeats, or CRISPR, genome-editing tool, Huang studies how DNA repair pathways affect the genome editing and genome evolution in the rice blast fungus. He has found that multiple error-prone DNA repair pathways provide preferential repair across the genome that could create biased genome variation. The findings from Huang's research underscore the need to further understand how DNA repair interacts with the genome-editing outcomes and how specific DNA repair pathways impact the genome evolution in filamentous pathogens. David Cook, associate professor of plant pathology, is Huang's major professor.

Upon earning his doctorate, Huang plans to continue studying fungi to achieve his childhood dream of creating a better world through the reduction or control of fungal diseases affecting plants and humans. He will use the Sarachek Fellowship to support the start of his postdoctoral research. He plans to gain more training in molecular microbiology and bioinformatics analysis. Huang also will utilize this fellowship to attend more fungal genetics conferences to network with others and share and learn new ideas with the fungal genetics community.

The goal of Steyer's research is to characterize the branched chain amino acid biosynthesis pathway and the pathway's regulators in the fungus Aspergillus nidulans. Aspergillus nidulans is related to many agricultural and human pathogenic fungi and production of these amino acids is linked to disease severity. There are two major parts to Steyer's work. The first part has focused on characterizing the branched chain amino acid pathway to build a framework for potential anti-fungal targets. The second part aims to determine how two proteins regulate the pathway and what the effects of removing those proteins are on the fungus. Building a better understanding of this pathway and its regulators can support development of anti-fungal treatments to selectively target fungal pathogens without harming their host. Richard Todd, associate professor of plant pathology, is Steyer's major professor.

The Sarachek Predoctoral Honors Fellowship Travel Award will support Steyer's attendance at the Gordon Research Conference of Cellular and Molecular Fungal Biology in June, where he will present his research and engage with other fungal and microbiology researchers. Professionals from both industry and academia will be in attendance, providing Steyer opportunities to network with potential employers.

Carpenter's research focuses on mosquito-borne arboviruses, which are responsible for infections that can cause serious health problems like birth defects or chronic pain, or may cause death. Currently, there are very few vaccines approved to combat arboviruses. Carpenter's work examines how to prevent mosquitoes from spreading the virus. Specifically, she studies the mosquito midgut, which is the first tissue that a virus encounters after a mosquito takes in an infectious blood meal. Carpenter's research has found that, in most cases, reduced viral replication specifically in the midgut prevents the virus from spreading to other tissues including the salivary glands, which prevents transmission to a new host. Carpenter's findings suggest that targeting viral midgut replication could be used to prevent virus transmission by mosquitoes. Rollie Clem, professor of biology, is Carpenter's major professor.

Carpenter will use her travel award to attend the American Society for Virology annual meeting, which is one of the largest general virology conferences in the country and attracts experts from all over the world. Carpenter has submitted an abstract to present her research at the conference. She looks forward to the opportunities to network and explore career options and is especially interested in attending the communications workshop offered at the conference.

Alvin Sarachek received his doctorate in genetics from Kansas State University in 1957. He and his wife, RosaLee Sarachek, created the fellowship and travel awards because he valued the university's tradition of offering a broad array of quality programs in the life sciences, many with outstanding national reputations. The Saracheks wanted to contribute to the tradition of excellence by recognizing students who have demonstrated exceptional research accomplishments involving molecular approaches to biological problems.

More information on the Sarachek awards is available on the Graduate School website. 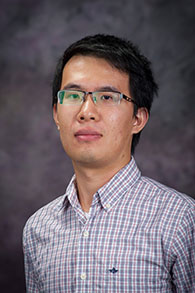 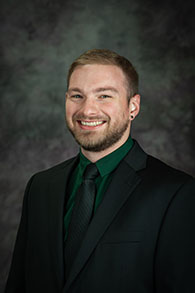 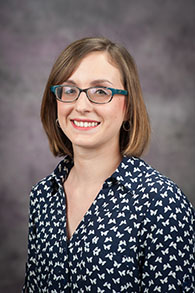