MANHATTAN — The American Association for the Advancement of Science, or AAAS, has elected Marcellus Caldas, Kansas State University professor of geography and geospatial sciences, to its newest class of AAAS fellows.

Caldas joins 564 scientists, engineers and innovators who are being recognized this year for their scientifically and socially distinguished achievements. Caldas was selected as an AAAS fellow for his distinguished contributions to the field of land use and land cover change.

"It is an honor to be selected as an AAAS fellow and to join a select group of scientists," said Caldas, who also serves as the assistant provost for international faculty collaboration and educational programs in the K-State Office of International Programs. "Although I am the person who is receiving this honor, I think that my work is the sum total of all work done with my colleagues. I want to share this honor with them and thank them for helping me to get here."

The American Association for the Advancement of Science is the world's largest general scientific society and the tradition of AAAS fellows stretches back to 1874. AAAS fellows are a distinguished cadre of scientists, engineers and innovators who have been recognized for their achievements across disciplines ranging from research, teaching and technology, to administration in academia, industry and government, to excellence in communicating and interpreting science to the public.

"We congratulate Dr. Caldas on a truly deserving recognition," said Charles Taber, K-State provost and executive vice president. "Not only has Dr. Caldas built a distinguished career as both geographer and researcher, but he has devoted years of service as assistant provost in our Office of International Programs. He exemplifies the K-State land-grant mission of teaching, research, and service for the well-being of Kansas and the international community."

Caldas and the new fellows will receive an official certificate and a gold and blue rosette pin to commemorate their election and will be celebrated later this year during an in-person gathering when it is feasible from a public health and safety perspective. The new class will also be featured in the AAAS News & Notes section of Sciencein January 2022.

Caldas joins 23 current and emeritus K-State faculty members who are fellows of the association.

"We are proud to have Dr. Caldas join many of our K-State faculty in this distinguished group of scientists," said David Rosowsky, K-State vice president for research. "He certainly deserves the honor and we thank him for his dedication to the advancement of science, research and education."

Caldas was born in the Brazilian Amazon — a location that has greatly influenced his research. An economist by background, Caldas is an environmental and economic geographer who studies the interaction of social, economic and environmental processes. He has worked with applications of geographic information system and remote sensing on land cover and land use change.

His region of expertise is in Latin America, where he studies land use and conservation. He also has received recognition for his work in the Amazon and in the Cerrado tropical savanna in Brazil, where he has called attention to important matters related to the environment and Land Use and Land Cover Change, or LULCC.

Caldas has received many National Science Foundation grants and has collaborated on NASA grants with colleagues from many universities in the U.S. and abroad. He has published his research in such high profile journals as the Annals of the American Association of Geographers, Proceedings of the National Academy of Sciences, Journal of Land Use Policy and Journal of Land Use Science, among others. He serves on the editorial board of the journal Land.

Caldas came to K-State in 2008. He received the 2013 K-State International Educator of the Year award, which recognizes individuals who make significant contributions to advancing international education at K-State. The Conference of Latin American Geographers has recognized him with the 2022 Enlaces Award for his contributions to improve connections between geographers and geography departments throughout Latin America. 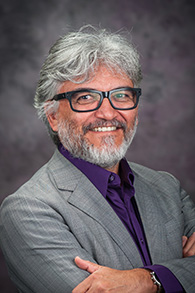 Marcellus Caldas, Kansas State University professor of geography and geospatial sciences, is a 2021 American Association for the Advancement of Science fellow.

The American Association for the Advancement of Science has elected Marcellus Caldas, Kansas State University professor of geography and geospatial sciences, to its newest class of AAAS fellows.