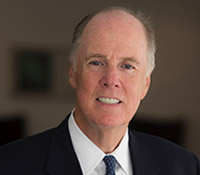 As national security adviser, Donilon oversaw the National Security Council staff, chaired the cabinet-level National Security Council Principals Committee, briefed President Obama daily on national security issues, and was responsible for overseeing the administration's foreign policy, intelligence and military efforts. Donilon was intricately involved with the administration's counterterrorism strategy, including the operation that killed Osama bin Laden; helped design and implement the Asia Rebalance Strategy; helped shape decisions about the Arab Spring; helped manage relations with Pakistan, Israel, Saudi Arabia and Russia; and was deeply involved in U.S. strategy vis-Ã-vis Iran. He resigned as national security adviser in June 2013. Donilon's first position in the White House was in 1977 working with former President Jimmy Carter. During the Clinton administration, he served as assistant security of state and chief of staff at the U.S. Department of State. While there, he was responsible for the development of and practice of the department's policy initiatives, including the NATO expansion, the Dayton Peace Accords and the Middle East Peace process. He is a distinguished fellow at the Council on Foreign Relations and a nonresident Senior Fellow at Harvard Kennedy School's Belfer Center for Science and International Affairs. He also is the recipient of numerous awards, including the Secretary's Distinguished Service Award from the State Department.