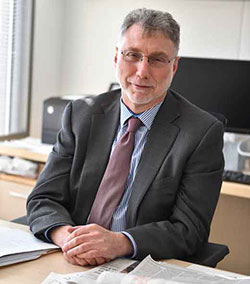 In Baron's current position at The Post, he oversees print and digital news operations and manages about 700 journalists. In 2004, The National Press Foundation named him Editor of the Year. He started his career as a state reporter at The Miami Herald in 1979 after graduating from Lehigh University with a Bachelor of Arts and Master of Business Administration.