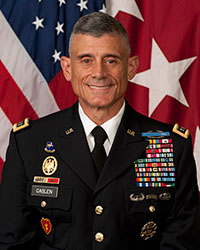 Caslen has been the 59th superintendent of West Point since July 17, 2013. Before taking his current post, Caslen was chief of the Office of Security Cooperation-Iraq. He has served as the commander of the Combined Arms Center at Fort Leavenworth, the commanding general of the 25th Infantry Division (Light) and commanding general of the Multi-National Division-North during Operation Iraqi Freedom.

Dr. David Hall, president of the University of the Virgin Islands 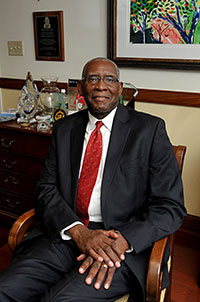 Hall became the fifth president of the University of the Virgin Islands on Aug. 1, 2009. Hall has worked to raise the image and position of the university and led efforts to restructure academic units from divisions to colleges and schools, the addition of new academic programs and the launch of new centers and institutions. 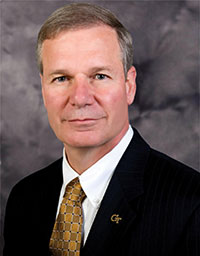 Peterson is the 11th president of Georgia Institute of Technology, a position he has held since April 1, 2009. Appointed by President George W. Bush in 2008 and reappointed by President Barack Obama in 2014, Peterson serves on the National Science Board, which oversees the National Science Foundation and advises the president and Congress on national policy related to science and engineering research and education.