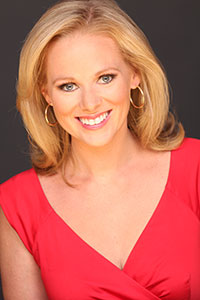 Avlon is editor-in-chief of the popular political website The Daily Beast and a CNN contributor. He is the author of "Independent Nation: How Centrists Can Change American Politics" and "Wingnuts: How the Lunatic Fringe is Hijacking America." He won the National Society of Newspaper Columnists' award for best online column in 2012. Avlon was the former speechwriter for New York City Mayor Rudy Giuliani.

Hoover is a CNN political contributor and author of the book "American Individualism: How A New Generation of Conservatives Can Save the Republican Party." Socially liberal and fiscally conservative, Hoover is a descendant of former President Herbert Hoover. She is a veteran of the George W. Bush administration and serves on the boards of the American Foundation for Equal Rights, GOProud, Hoover Institution, Herbert Hoover Presidential Library and the Belgian American Educational Foundation.