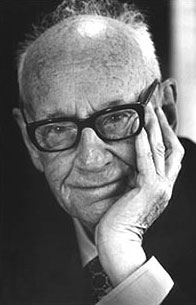 Alfred M. Landon was born Sept. 9, 1887, the son of John and Anne Landon. Alfred received preparatory education at Marrietta Academy in Ohio. He grew up in Ohio and when he was 17 they moved to Kansas. Landon graduated from the University of Kansas in 1908 with a degree in law. He was married to Margaret Fleming on Jan. 9, 1915; she died in 1918. After some time, he married Theo Cobb in 1930.

While Landon was growing up, he got into the oil business and made a success of it. Though he was successful, Landon used his degree in law to begin a political career and joined the Republican Party in 1912. With his knowledge of the law, he helped to campaign for Theodore Roosevelt and also the Progressive Party. Landon helped to propose programs that dealt with women's suffrage, direct election of senators, antitrust legislation, and the prohibition of child labor.

In 1932, Landon was elected governor of Kansas; as such, he became a key figure in the Republican Party. He continued to be a key figure throughout the 1930s.

Roosevelt easily won, however, with 27,751,612 votes to Landon's 16,681,913 votes. Many politicians believed that it was Roosevelt's manner of dealing with the faltering economy through the New Deal that made him the favorite. Even after the election, Landon expressed much respect for Roosevelt, and he agreed with much of the New Deal. He believed, however, that the New Deal was hostile to the country's businesses and involved too much waste.

When the election was over, Landon went back to Kansas where he finished his term as governor in 1937. As the years went on, Landon continued to be active with the Republican Party as a leader and adviser. In November 1962, Landon was asked to describe his political philosophy:

Landon was visited by President Ronald Reagan on his 100th birthday at his home in Topeka, Kansas. He died shortly after, on Oct. 12, 1987. After his death, the state of Kansas dedicated the Landon State Office Building in his honor.