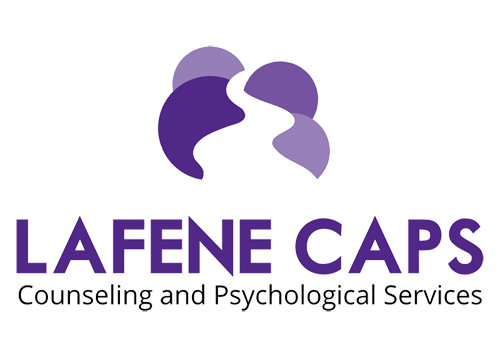 Valuing a Gay or Lesbian Self Identity

We Are Everywhere...
in every culture, occupation, religion, state, socioeconomic class, country, marital status, and race. Virtually anyplace you go, you will find men and women who are gay or lesbian. Amazing isn't it?

Willa Sibert Cather (1876-1947), one of the greatest American writers of the 20th century, received the Pulitzer Prize in 1923 for One of Ours. A graduate of the University of Nebraska in 1895, Cather is probably best known for her masterpiece, Death Comes to the Archbishop. Cather lived with her partner, Edith Lewis, for 40 years.

Charles Camille Saint-Saens (1835-1921), French composer, was a child prodigy who made his debut as a pianist at age 10. He attended the Paris Conservatory and was organist at the Madeleine for 20 years. Saint-Saens was a prolific composer and wrote in nearly every form. He is best known for his biblical opera, Samson et Dalila. Other works include Introduction and Rondo Capriccioso, Danse Macabre, and the Piano Concertos in G minor and C minor.

May Sarton (1912- ), born in Belgium, is an American poet and novelist. She is known for her wit and avoidance of dogmatism in her poetry. Her novels often involve the analysis of intense though civilized relationships. Some of her well-known works include Faithful Are The Wounds, Kinds of Love, Journal of a Solitude, and The Magnificent Spinster.

Thomas Edward Lawrence (1888-1935), British soldier, adventurer, and writer, was also known as Lawrence of Arabia. Educated at Oxford, T. E. Lawrence became interested in the Middle East and spent much of his life in the military, studying and working in the area. He served as a delegate to the Paris Peace Conference following World War I and avidly sought Arab independence. Written works of an autobiographical nature include Revolt in the Desert and The Mint.

Dag Hammarskjold (1905-1961) was a Swedish statesman and Secretary General of the United Nations from 1953 to 1961. Because of his tireless work to promote peace worldwide, Hammarskjold was posthumously awarded the Nobel Peace Prize in 1961.

Martina Navratilova (1956- ), contemporary world-class tennis champion, defected to the United States from Czechoslovakia in 1975. With more than 1,000 career match victories, she is also a many-time winner of the prestigious Wimbeldon. Recently, Navratilova wrote (with George Vecsey) an autobiography entitled Martina.

Peter Ilyich Tchaikovsky (1840-1893) was a Russian composer and one of the most popular composers in history. Some of his most popular works include Romeo and Juliet, Francesca da Rimini, The Manfred Symphony, Swan Lake, The Sleeping Beauty, and The Nutcracker. In 1891 Tchaikovsky conducted his Marche Solennelle at the opening concert of Carnegie Hall in New York City.

Dr. Sonya Kovalevsky (1850-1891) was a Russian mathematician who is best remembered today for the Caucy-Kovalevsky theorem of differential equations. Though refused admission to classes because she was a woman, Kovalevsky did receive her doctorate in absentia from the University of Gottingen in 1874. Additionally, the French Academy of Sciences awarded Dr. Kovalevsky the Prix Bordin in 1888 for her work on the rotation of a solid body around a fixed point.

Mary Woolley (1863-1947) was an American educator and outspoken advocate of world peace. In 1894 she received a B.A. degree from Brown University, the first woman to do so. From 1901 to 1937 she served as president of Mount Holyoke College and was named one of the 12 greatest living American women in 1930. As an advocate of world peace, Woolley was the only female member of the 1932 Geneva Arms Conference.

Edward Morgan Forster (1879-1970) is considered to be one of the most important English novelists of the 20th century. Forster was an honorary fellow of King's College, Cambridge, and received the Order of Merit. His work includes novels such as Where Angels Fear to Tread, A Room With a View, and Passage to India. In 1971 Maurice was published posthumously. Forster had refrained from publishing this work because of its sensitive and sympathetic treatment of homosexuality.

We Influence History...
in early times as conquerors, medicine men and women, philosophers, and authors, as well as in more contemporary times and places. Amazing isn't it?

Alexander the Great (356-323 B.C.), King of Macedonia and one of the greatest leaders of all time, conquered most of the contemporary Middle East and parts of Asia. His empire included Macedonia, Egypt, Babylonia, Persia, Media, and Mesopotamia. He founded the great city of Alexandria, Egypt, perhaps the greatest monument in his name. His military genius and powerful personality influenced and changed the course of history.

Susan Brownell Anthony (1820-1906), an American reformer, was the founder of the National Women's Suffrage Association. She was one of the organizers of the Women's Loyal League, which supported Abraham Lincoln's emancipation policy and governance. Her importance to the shaping of American policy and history regarding the women's movement and voting rights for all United States citizens has been commemorated by the issuance of both a coin and a stamp in her likeness.

Sir Francis Bacon (1561-1626) was a noted English statesman, philosopher, and essayist. He was knighted in 1603 by James I and served as attorney general, lord chancellor, Baron Verulam, and Viscount St. Albans in the English court. Bacon is remembered for his contribution to philosophy for his application of the inductive method of modern science.

Dr. Mary Edwards Walker (1832-1919), a physician, joined the Union Army during the Civil War but was not allowed to serve as a physician. Instead, she served as a nurse for the first three years. In 1864 she was commissioned as assistant surgeon in the Union Army, the first woman to receive this rank. In 1866 President Andrew Johnson awarded Dr. Walker the Congressional Medal of Honor for her work during the war. Her contribution to American history has been commemorated through the issuance of a stamp in her honor.

Gertrude Stein (1874-1946) encouraged and aided many artists and writers both through her writing and her patronage of the arts. Her influence extended to writers such as Ernest Hemingway, Sherwood Anderson, and F. Scott Fitzgerald. Stein's most famous book, Autobiography of Alice B. Toklas, is really her autobiography, though it is presented as that of her partner of 39 years, Alice B. Toklas.

William Somerset Maugham (1874-1965) was an English author, noted for his fictional technique and storytelling ability. He wrote with wit, irony, and an often cynical view of life. His masterpiece, Of Human Bondage, is partly autobiographical. Other works include Cakes and Ale, The Razor's Edge, and The Moon and Sixpence. Maugham's later work was primarily limited to essays such as The Art of Fiction: An Introduction to Ten Novels and Their Authors.

Edna St. Vincent Millay (1892-1950), an American poet, was one of the most popular poets of her era. In 1922 she was the first woman to receive the Pulitzer Prize for The Ballad of the Harp Weaver. The freshness and vitality of her work was praised and admired by her contemporaries as well as commemorated by a stamp issued in her likeness.

Benjamin Britten (1913- ) is considered to be one of the most significant British composers of this century. Most of his major works were written for vocal music. Examples of his work include the operas Peter Grimes, A Midsummer Night's Dream, Billy Budd, and Death in Venice. Britten is thought to have written many of his solos for his partner of 40 years, Peter Pears, opera tenor.

Walt Whitman (1819-1892) is considered by some to be the greatest of all American poets. His masterpiece, Leaves of Grass, a collection of his poems, may be the most influential volume of American poetry to date. Whitman reportedly viewed himself as the vibrant spokesman for a young democracy and as such reflected the American freedom of spirit in his verse.

Amazing Isn't It?
Yes, it is truly amazing that so valuable a group of individuals have difficulty remembering, believing and living with dignity and pride.

Yet we live in a society that propagates myths, fears, and irrational beliefs about homosexuality. It is no small wonder then, that among persons with a gay or lesbian sexual orientation, a common concern is a sense of rejection and isolation-- from friends, family, and society-at-large. Prejudicial and misinformed social attitudes often lead gays and lesbians to feel anxious, depressed, and guilty. Such feelings are often significant hurdles in the process of developing a positive sense of self-identity and esteem.

While these feelings are real and may feel overwhelming at times, they seem to be a response to myths and negative, self-defeating stereotypes. The American Psychological Association has taken the unequivocal position that
"homosexuality, per se, implies no impairment in judgment, stability, reliability, or general social or vocational capacities."
Stated differently, there is no evidence that gay or lesbian individuals differ from heterosexual individuals in their psychological, social, vocational, or emotional health.

Gay and lesbian individuals find two important barriers to developing an affirming or positive sense of self-identity. First of all, there is a lack of readily available information that clarifies and debunks the damaging and irrational social myths about homosexuality. Second, they feel uncertain about where to find an affirming, supportive, and valuing environment in which to receive help in dealing with concerns and feelings.

© All staff articles are used by permission of the respective author(s). Copyright belongs to the University Life Café. No part of this may be used without authorization.

Valuing a Gay or Lesbian Self Identity (pdf)