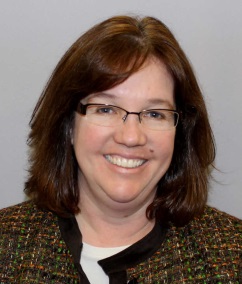 Mosquito-transmitted flaviviruses cause significant morbidity and mortality throughout much of the world, including dengue (DEN), Japanese encephalitis (JE), West Nile (WN), yellow fever (YF), and Zika (ZIK) viruses. While there are licensed vaccines for DEN, JE and YF, there are no licensed antivirals for any flavivirus infection, representing a major gap in treatment of flavivirus infections. The conventional approaches of developing therapeutics using inhibitors of virus replication have failed to produce effective treatments, because candidate treatments have shown unacceptable toxicity in animal models and/or clinical trials. This proposal seeks to leverage the Clustered Regularly Interspaced Short Palindromic Repeats (CRISPR)-Cas9 genome editing technologies to identify host factors required for the intracellular life cycle of Japanese encephalitis virus (JEV). The central hypothesis is that novel and known host factors contribute to JEV entry and replication, which both impact cellular survival. The proposed study will use JEV as a model for encephalitic flaviviruses, to identify candidate host genes and pathways that are involved with various stages of viral infection.

These novel host factors can be exploited for new pharmacological and immunomodulatory interventions against flavivirus infections. The rationale for this proposal is that by systematically screening host factors based on cellular survival, host genes that are involved in various stages of the flaviviral infection process will be identified, and this understanding may enable the development of antiviral treatments.

The ultimate goal of the research is to establish a platform for the development of therapeutics for emerging RNA viruses. A clear understanding of virus-host interactions will provide the targets for the development of pharmacological interventions against flavivirus infections. Mutagenesis of binding motifs in viral proteins that contribute to virus-host interactions discovered in this study can also be employed as strategies not only for drug development but also future vaccine development. Collectively, the outcomes of this project will fulfill the mission of the National Institutes of Health.

Molecular mechanisms of tick-borne pathogen infection in the tick vector. 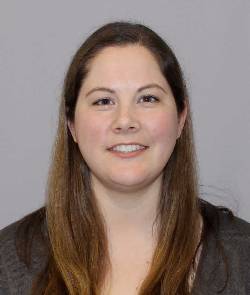 Tick-borne diseases are the most common vector-borne diseases of humans in the United States with an estimated 600,000 annual cases, an approximate 200% increase over the previous two decades. One strategy to reduce the incidence of tick-borne diseases is to prevent ticks from transmitting pathogens to susceptible hosts, including humans.

Tick-borne pathogens are maintained in nature by cycling through vertebrate hosts and the tick vector, with the tick often serving as an environmental reservoir of infection. While in the tick vector, the majority of the intracellular tick-borne bacterial pathogens colonize both the midgut epithelium and salivary gland acini, tissues essential for subsequent pathogen transmission. As these tissues are essential for intracellular tick-borne bacterial pathogen transmission, it is possible that these pathogens share conserved core mechanisms to survive and replicate in these common cellular niches within the tick vector. Identifying and interfering with common mechanisms by which these pathogens gain entry or access cellular resources within these tick cells could provide targets for novel, broadly-acting transmission-blocking strategies against intracellular tick-borne bacterial pathogens.

However, a significant knowledge gap exists regarding how tick-borne pathogens enter and colonize tick cells. Thus, this pilot project uses Francisella tularensis subspecies novicida (F. novicida) as a model to identify pathogen genes, tick cell receptors, and cellular entry strategies that are important for F. novicida entry and colonization of tick cells. The availability of a robust transposon library for this pathogen allows for unprecedented evaluation of the functional consequences of almost every protein-coding gene in this pathogen’s genome, a resource not available for other intracellular tick-borne bacterial pathogens.

The hypothesis is that F. novicida uses preferential and distinct genes, receptors, and entry mechanisms to infect and colonize tick cells; and that interruption of these genes/receptors/entry mechanisms will prevent tick infection with F. novicida. Toward the hypothesis, the specific aims of this study are to: i) identify F. novicida genes and pathways important for colonization of tick vector cells; and, ii) determine primary and alternative invasion mechanisms of F. novicida entry into tick cells. Identifying intracellular tick-borne bacterial pathogen determinants of infection in the tick vector will help identify novel targets for transmission-blocking interventions towards broadly mitigating tick-borne disease transmission. 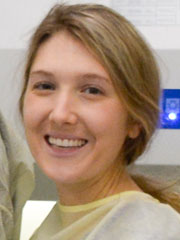 Despite the introduction of rotavirus (RV) vaccines decades ago, more than 200,000 human deaths are attributed to rotavirus annually, particularly in children under 5. Species susceptible to RV infection include humans, calves, pigs, sheep, foals, dogs, cats, deer rabbits, mice, chickens and turkeys. Clinical signs including diarrhea and gastroenteritis are indistinguishable from other intestinal pathogens and are mainly managed with supportive treatment. RV infections cause significant economic impacts annually, specifically to the cattle and swine industries.

Efficacious rotavirus A (RVA) vaccines are available, however, the pervasive and rapidly evolving nature of rotaviruses has led to more frequent outbreaks of novel or uncommon RV strains. Novel outbreaks include cross-species transmission events from conventionally bovine, porcine and avian strains. While successful RV isolation is difficult, there are few candidate vaccines in the pipeline to cover non-RVA species.

The purpose of this proposal is to develop a rationally designed and universal rotavirus reverse genetics system to ameliorate the currently ineffective isolation techniques. The resulting pipeline will be employed to generate rotavirus B and C infectious clones for molecular mechanism, pathogenesis and vaccine studies. This proposal utilizes porcine rotavirus A (PRVA) in a proof of concept study due to sample availability, industry impact and potentially zoonotic nature.

Specific Aim 1 is to develop a predictive technique to identify receptor binding, neutralization sites and population patterns affecting in vitro replication. In this aim, a library will be created of PRVA motifs which may affect proper interaction with the host cell, thereby preventing infection, replication and isolation. The PI will utilize the rotavirus sample bank available through the Kansas State Veterinary Diagnostic Laboratory to characterize current RVA/RVB/RVC isolates in the field, model the protein polymorphisms in the sequence’s effects on structure, select a cell type to attempt isolation and use those isolates to asses host and viral population changes.

In Specific Aim 2, current PRVA sequences will be selected to develop a reverse genetics system to create rotavirus infectious clones. Each viral segment will be encoded on an individual plasmid with a T7 promoter or terminator, transfected into modified BHK cells and co-cultured with suspected competent cells (identified in specific aim 1). The results of this study will attempt to fill key knowledge gaps related to the currently ineffective isolation techniques thereby providing a platform to assess viral pathogenesis, vaccine development and evolutionary mechanisms.