The Chair of the KSU ACJA Emeritus Cabinet is an elected position for a 4 year term. The Chair serves as the head of the emeritus body, acts as a liaison between the Emeritus Cabinet and the KSU ACJA Cabinet, provides advice to all current and future officers of KSU ACJA, presides during emeritus cabinet meetings, provides any material to the emeritus officers for review, and only votes in the event of a tie. 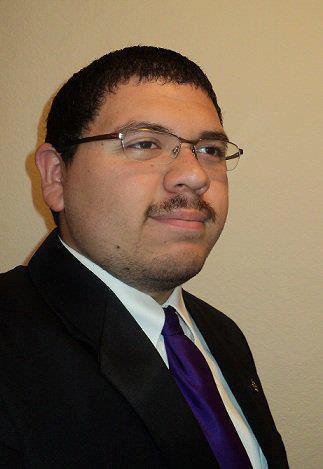 Mr. Hernandez was elected to serve as Chairman of the KSU ACJA Emeritus Cabinet on May 30, 2012 for a four (4) year term. He has been re-elected several times since then with the term end date of May 30, 2022, however, since KSU ACJA has been dissolved from K-State his term ended as of March 30, 2020.

Ronnie Hernandez was granted emeritus status by the KSU ACJA membership on April 19, 2012. Previously, he served as Chapter President of KSU ACJA for the 2011 - 2012 term of office. Mr. Hernandez was the first chapter president in the subordinate chapter's history. Under the leadership of Mr. Hernandez, the group gained much success in the areas of retention and positive publicity. Thanks to the help of the K-State Collegian, Wildcat 91.9, KMAN Radio, among other media outlets, the American Criminal Justice Association - Kappa Sigma Upsilon Chapter received much positive attention from members of the K-State community and the Manhattan area as a whole. Mr. Hernandez took the initiative to work with the media and more to promote the fraternity to a high standard in order to let the people know of its existence as well as getting the group to a good start.

Aside from working with the media, President Hernandez initiated and launched the official website of Kappa Sigma Upsilon Chapter for the first time in January of 2012. He worked with professionals from web communications to take the website live on the K-State server and interconnect with social networking websites like Twitter and Facebook. Additionally, he wrote the Constitution and By-Laws for the subordinate chapter, which was approved by the membership by unanimous consent. He was also successful in recruiting professional guest speakers from a variety of criminal justice fields, including but not limited to, the FBI, ATF, US Secret Service, DEA, a judge from the KS Court of Appeals, attorneys, and more. He also worked closely with the staff of K-State Career and Employment Services to hold a field trip to the Kansas Law Enforcement Training Center near Hutchinson, KS and held a group social at the Cosmosphere and Space Center. He greatly appreciated their generosity, support, and partnership.

During his administration, he attempted to focus mainly on group retention and fundraising in order to ensure a successful future for the newly created subordinate chapter at the time. When the chapter was first founded in December of 2011, it had 7 members total and increased to 30 by the end of his one semester term.

Upon conclusion of his presidency, Mr. Hernandez was named President Emeritus I for his exemplary leadership and service  to the fraternity and Kansas State University as a whole by Kappa Sigma Upsilon. He was also awarded the "Outstanding Leadership Award" and the "Outstanding Senior Award" by the membership.

Aside from his service as Chapter President of KSU ACJA, he also served as President of the Criminology Club, Vice President of the Criminology Club, as an Associate Justice of the Student Tribunal, Assistant Attorney General of KSU SGA, Chairman of the SGA Elections Review Committee (last one in its history), as a Judge for the KSU Parking Citations Appeals Board, as a voting member of the Undergraduate Grievance Board; the KSU Panel for the Policy Prohibiting Sexual Violence, among other university wide committees.

On June 17, 2012, Mr. Hernandez initiated "The Hernandez Family Leadership Award and Scholarship for KSU ACJA" which is donated through the Hernandez Family Scholarship Fund. Any student currently enrolled at Kansas State University and was officially recognized as a member of KSU ACJA and ACJA-LAE would be eligible to apply. It has since been discontinued since the chapter was dissolved on March 30, 2020.

There have been six Chapter President's under Mr. Hernandez's advice, they are:

Under Mr. Hernandez's leadership, the Office of the President has held the highest officer retention rate than any other office of the KSU ACJA Cabinet.