College of Education hosts We the People state competition 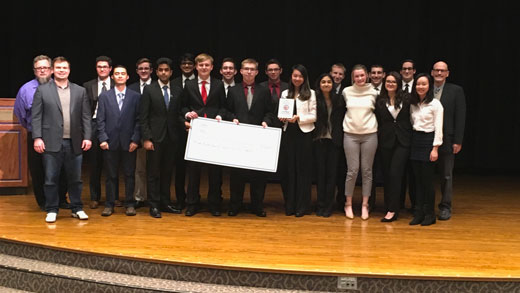 More than 300 high school students from 10 schools across Kansas participated in the annual We the People state competition hosted by the College of Education Feb. 12. Blue Valley Northwest High School was named state champion.

The winning team received $5,000 to help defray costs to the national competition in Washington, D. C., and one of the runner-up teams that accepts a wild-card bid will receive $1,500 to defray travel costs to the same competition.

The event is sponsored by the Johnson County First Amendment Foundation, which uses funds from its 1995 lawsuit against the Olathe School District challenging the removal of the book "Annie on My Mind" from its school libraries. Several school libraries in Kansas also removed the book. This year marks the foundation's 20th anniversary. It was created "to promote a better understanding among Kansas students, particularly in Johnson County, of the First Amendment and other Constitutional rights."