Where the grass is greener 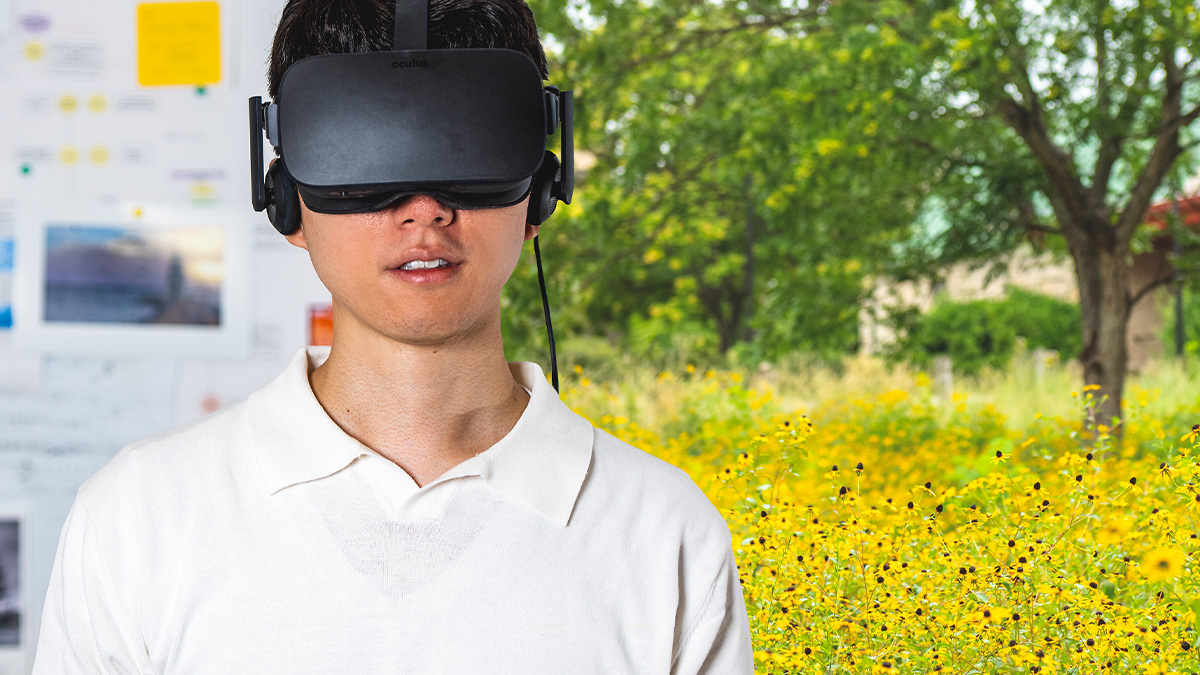 A walk in the neighborhood or a visit to a city park may seem like a simple activity. But in March of 2020, these simple actions became much more: coping mechanisms for many people through such an uncertain time.

Research has shown that the COVID-19 pandemic proved the positive influence that being outdoors can have on one’s mental health, said Jaeyoung Ha, Kansas State University doctoral student in environmental design and planning in the College of Architecture, Planning & Design. Ha wondered if this same logic could apply to students on college campuses.

“Mental well-being and mental health are very important, especially for college students. The problem is many students do not take it as seriously as physical health,” Ha said. “If college students are continuously exposed to urban green spaces, maybe they can naturally and without any effort improve their mental well-being. It could be like a preventative measure.”

Ha set out to study the topic further and focused his interdisciplinary research on the psychology, biology and architecture of urban green space to discover what is most beneficial for college students’ mental well-being. Using immersive visualization technology, Ha took 360-degree video footage of two urban green spaces with differing biodiversity on the K-State Manhattan campus: a native meadow garden and a large lawn area. He then had 319 university students watch one of the two videos, at random, for six minutes.

“After watching the video clips, regardless of the level of biodiversity, students had lower levels of negative mood states, which means that urban green spaces can be very effective in improving mental well-being,” Ha said.

However, it was the native meadow garden that reduced the negative mood state the most among the participating students. This implied that urban green space is beneficial to improve mental well-being, Ha said, but if those restorative effects are to be amplified, more biodiversity should be considered on college campuses to increase the mental well-being of students.

“The association between urban green space and mental health has been consistently studied but many gaps exist,” said Hyung Jin Kim, associate professor of landscape architecture and regional & community planning and Ha’s faculty mentor. “I believe Jaeyoung’s research contributes to the literature on further understanding of how different green spaces affect psychological well-being in different ways.”

Ha plans to apply this new knowledge to his designing of urban green spaces to not only expose more people to nature but also help them reap the benefits of doing so.

“As a landscape planner and designer, we can change many things,” Ha said. “I want to make better urban environments to improve mental well-being in people.”