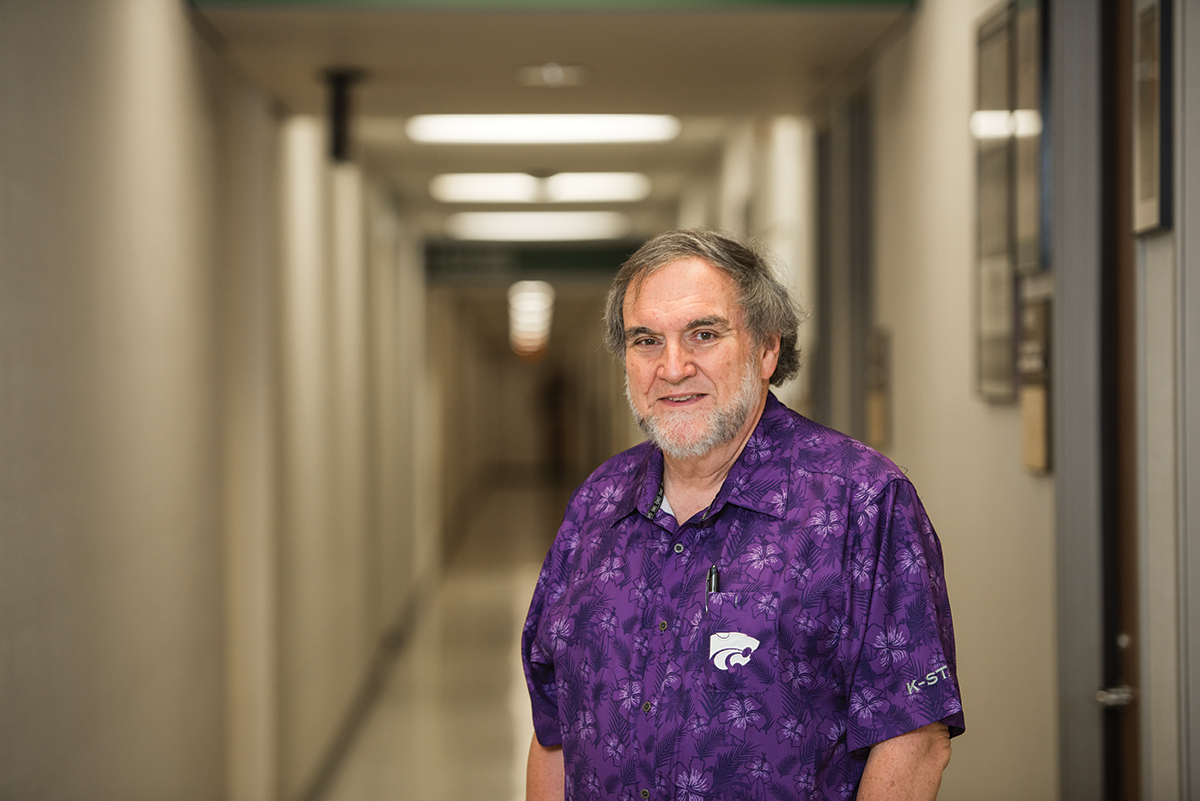 Teach a man how to identify fungi and he’ll have strains for a lifetime. That’s what John Leslie, Kansas State University distinguished professor of plant pathology and director of the Fungal Genetics Stock Center in the College of Agriculture, has been trying to do as he travels the world.

Leslie’s research focuses on the genus Fusarium, which is a large group of fungi found on most plants. Using genetics, he has identified new species of Fusarium and has evaluated variation within natural populations. One of his early career discoveries helped separate corn and grain sorghum Fusarium so breeders could find plant varieties that withstand the fungi’s damaging effects.

“Breaking Fusarium into separate species has made a difference for the sorghum industry to find a line of resistance,” Leslie said.

There are now more than 100 species of Fusarium. Some of these fungi are harmless; some can destroy crops and result in large economic losses; and some produce mycotoxins, which are natural toxins that can cause a range of chronic illnesses, malnutrition and even death in humans and animals.

“Fusariums are very important plant pathogens and mycotoxin producers,” Leslie said. “Not everyone in the group is a bad ‘fun-guy,’ but we focus on the bad guys because of the damage that they do.”

While Leslie’s research with Fusarium has positively affected the agriculture industry, it is his international collaborative ability that promotes true problem-solving. He’s been to South Africa, Afghanistan, Italy, Nepal, Nigeria, Mali, Malaysia, Egypt, Australia, South Korea and many other countries through his work with the Fulbright program and through research projects with the U.S. Agency for International Development, or USAID, and the European Union. He also has led popular fungal identification and remediation workshops.

“We’ve had more than 700 people from over 71 countries attend our Fusarium workshops,” Leslie said. “The ones that we do outside the U.S. are really important. There are people at some of those workshops who would never be able to make it to the U.S.”

Through the Fulbright program, he also established the K-State Australia initiative and the Oz to Oz program, which was recently recognized by the Institute of International Education for innovative and sustainable partnerships that advance internationalization for K-State.

“The relationships that the university has built through this partnership programs allow students and faculty to benefit from enhanced global opportunities and shared research,” Leslie said.

In addition, Leslie has served in multiple K-State leadership roles: He was the plant pathology department head from 2006 to 2016 and was the interim director of the USAID Feed the Future Innovation Lab for the Reduction of Post-Harvest Loss. Yet his passion remains for the most important fungi in agriculture.

“I’ve tried to make Fusarium a viable research organism so we can understand what it does and if it’s doing things that we don’t want, we know how stop it,” Leslie said