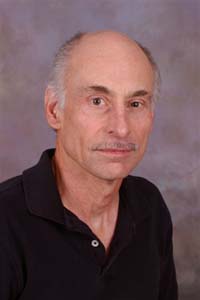 A University without Walls

Christopher M. Sorensen (Chris) was born in Omaha, Nebraska . He received a B.S. in physics from the University of Nebraska in 1969 where he was elected to Phi Beta Kappa and was designated as a Woodrow Wilson Fellow. After graduation, he was drafted into the US army and subsequently served a tour of duty in Vietnam . He returned to graduate school at the University of Colorado where he received a PhD in physics in 1976. In 1977 he moved to Kansas State University as an assistant professor. He is now University Distinguished Professor in the Departments of Physics and Chemistry (adjunct) at KSU.

For his teaching efforts Sorensen has won six teaching awards at KSU where he holds the Coffman Chair for University Distinguished Teaching Scholars. Sorensen is a teaching innovator having been involved in a number of projects ranging from interactive studio development to summer programs for teen women. At the graduate level Sorensen has mentored 13 Ph.D. and 15 masters recipients as well as nine postdoctoral associates. In 2007 he was named the Carnegie Foundation and Council for the Advancement and Support of Education United States Professor of the year for doctoral granting universities.

Sorensen's research concerns particulate systems and soft matter physics. He is the author of over 210 papers and holds six patents. He has given approximately 100 invited lectures in the US and Europe. In 2003 he won the David Sinclair Senior Scientist Award of the American Association for Aerosol Research (AAAR). Sorensen is currently serving as the president of the AAAR. He is also a member of and has editorial responsibilities for numerous other scientific societies.

Sorensen lives in Manhattan, KS with his wife, Georgia. He has a 22 year old daughter Hali who is a student at KSU. He is the faculty advisor to both the men's and women's rugby clubs at KSU, and he coached girl's softball for 13 years. In his spare time he enjoys sports, poetry and the night sky.

A university without walls would be one in which both students and faculty scholars would feel neither constraints with regard to definitions of discipline, nor spatial constraints of classrooms, laboratories or study areas. Removal of the boundaries, the walls, that we, for the most part, draw ourselves would promote the free exchange of knowledge and ideas necessary for a viable community of scholars. In this talk I will examine how we at Kansas State have tried to remove both the disciplinary walls and the spatial walls that fragment us. I will also describe activities of the same type at other universities. I will then try to formulate a vision of what we could do in the future to make Kansas State a "University without Walls".