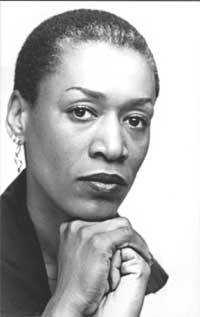 Research that Informs the Practice of Making Excellence Inclusivesm

Dr. Clayton-Pedersen is a Vice President at the Association of American Colleges & Universities ( AAC &U) and directs the Network for Academic Renewal and the Greater Expectations Institute, two of AAC &U's ongoing programs; and has directed grant-funded projects supported by the BellSouth, Ford, and James Irvine Foundations. Clayton-Pedersen directs AAC&U's partnership with the Pathways to College Network (PCN), which is a consortium of organizations and philanthropies that work to increase college access and success for underserved students.

She joined AAC&U in 2000 after more than 15 years at Vanderbilt University where she served in a variety of roles in student affairs, a public policy center, and academic affairs. While at Vanderbilt she conducted more than 20 studies, including a longitudinal study of freshman student withdrawal from the University, a campus-wide study of student interracial interaction as an indicator of the campus climate for diversity, and the differential use of programs and services by, and their impact on, students of color.

She is a co-author of several research briefs and two monographs- Making a Real Difference with Diversity: A Guide for Institutional Change , and Enacting Diverse Learning Environments: Improving the Climate for Racial/Ethnic Diversity in Higher Education . The latter publication provides a framework of the dimensions of campus climate and illustrates promising practices to enhance the climate for diversity. Dr. Clayton-Pedersen has provided assessment and consultation on diversity and institutional change to departments, administrative units, whole campuses, which vary from elite private universities to large community colleges. She has also provided consultations to foundations, associations, and businesses.

This session will focus on information that came out of two of AAC&U's initiatives: Making Excellence Inclusive sm (MEI--funded by the Ford Foundation) and the Campus Diversity Initiative (CDI--funded by the James Irvine Foundation).

Clayton-Pedersen will discuss practical ways to apply the studies' findings to KSU's context. She will involve faculty, administrators, students and staff in a conversation to: a) consider how best to use existing data to assess diversity efforts; b) reflect on the numerous factors within their control that can contribute to successful recruitment and retention of underrepresented minority faculty, students and staff; and c) spark and continue rich dialogue about the status of diversity, equity, and inclusion at KSU in light of the global twenty first century's social challenges.