OLATHE — Pet owners in the Midwest — and especially Kansas — don't have to look too far when they wonder who's watching out for their furry friend's good health.

While a large portion of the United States' pet food manufacturers base their operations in the Midwest, much of the public research that is leading to healthier food for pets is being done at Kansas State University.

That's a big reason why the university is leading efforts to host the Petfood Innovation Workshop at its Olathe campus on April 18. The workshop is part of the April 18-20 Petfood Forum at the Kansas City Convention Center, which will draw more than 2,500 industry professionals from around the world.

"It's really all about value-added agriculture and taking agricultural commodities or the co-products from the meat and grain milling industries and turning those into healthy, nutritious pet food products," said Greg Aldrich, research associate professor of grain science and industry.

"And it's also about the industry. Converting those materials into pet food creates a lot of jobs," he said.

Some of the primary ingredients in most pet foods include chicken, rice, beef, corn and sorghum — commodities grown in abundance through the middle of the country. Manufacturers wanting nutritional analyses of pet foods, or perhaps wanting to develop a more sustainable approach to pet food production, either pay for commercial labs to conduct research or take their project to Kansas State University, according to Aldrich.

Globally, pet food is a $23 billion industry. Estimates indicate that in the state of Kansas, pet food contributes as much as $7 billion to the state's economy.

Under Aldrich's guidance, the university introduced an academic program in 2011 for those wanting to pursue a minor in pet food science. The curriculum includes classes in animal science, grain science and human nutrition. Students currently enrolled come from across the United States and several foreign countries.

"As a consultant, before I was part of the university, I'd come to Manhattan with my pet food clients to produce small amounts of pet food for research purposes," Aldrich said. "It quickly became obvious that I was coming to Kansas State University quite a bit to do pet food research, new product development and test prototypes of new pet food. It starts to make sense that we ought to be doing something in a formal way."

In 2015, a pet food workshop in Manhattan drew 210 participants who learned how to make a number of healthy treats, such as a gummy treat for companion animals. Aldrich said the April 18 session in Olathe will again give participants an opportunity to take what they've learned in textbooks and apply it to real products — "from the abstract to the real," he said.

The workshop is available to industry professionals, but ultimately the benefit is for pets and their owners.

"The general public is concerned with the health and safety of their pets," Aldrich said. "It's good for them to know that there's somebody on their side at a public university that is working in these areas to create better, safer and more nutritious pet foods."

Learn more about the April 18-20 events at PetfoodForumEvents.com. 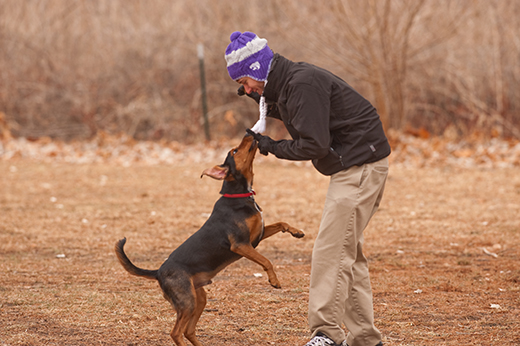 One way Kansas State University is keeping pets happy and healthy is through pet food research. The university is hosting a Pet Food Innovation Workshop at its Olathe Campus on April 18. The event is part of the Pet Food Forum, April 18-20, at the Kansas City Convention Center.

Much of the public research that is leading to healthier food for pets is being done at Kansas State University. Globally, pet food is a $23 billon industry.

"It's really all about value-added agriculture and taking agricultural commodities or the co-products from the meat and grain milling industries and turning those into healthy, nutritious pet food products. It's also about the industry; converting those materials into pet food creates a lot of jobs.