The awarding of the honorary doctorate follows the approval by the Kansas Board of Regents. It is one of the highest honors the university can give.

"Guy Palmer is one of the world's brightest minds in understanding infectious diseases and pathology," said Kirk Schulz, Kansas State University president. "His dedication to improving global health is admirable and he is truly a distinguished alumnus. By mirroring his leadership example, Kansas State University can become a Top 50 public research university by 2025."

Palmer holds the Jan and Jack Creighton endowed chair in global health at Washington State University where he is Regents professor of pathology and infectious diseases. He is the founding director of the university's Paul G. Allen School for Global Animal Health and leads global efforts at Washington State University as the senior director for global health.

Palmer was elected to the National Academy of Sciences and the National Academy of Medicine for his research in infectious diseases. Together with the late Dirk Dobbelaere at the University of Bern in Switzerland, Palmer first illustrated how pathogens could manipulate the global cellular regulator NF-ΚB to allow intracellular survival and replication. Later at Washington State University, Palmer identified the mechanisms underlying microbial strain superinfection and how this drives pathogen emergence.

He currently leads global health programs in East and West Africa and Latin America as well as directs the Robert R. Fast Infectious Diseases Research Laboratory. He heads the National Institutes of Health Postdoctoral Training Program in Infectious Diseases and Microbial Immunology and holds a National Institutes of Health MERIT award for research on pathogen emergence. He also holds joint appointment as professor of life sciences and bioengineering at the Nelson Mandela African Institution of Science and Technology in Arusha, Tanzania, and with the Center for Emerging and Re-emerging Infectious Diseases in the University of Washington School of Medicine and the Center for Bioinformatics and Computational Biology.

As a member of the National Academies’ Board on Global Health, Palmer chairs advisory boards for multiple research programs and universities both nationally and internationally. He has been honored with the Merck Award for Creativity; the Sahlin Award for Research, Scholarship and the Arts; an honorary doctorate from the University of Bern; and the IBM, Poppensiek and Schalm professorships at Colby College, Cornell University and the University of California, respectively. 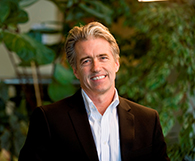 Guy Palmer, senior director for global health at Washington State University, will be honored at the commencement ceremony for Kansas State University's Graduate School at 1 p.m. Friday, May 13, in Bramlage Coliseum.

"Guy Palmer is one of the world's brightest minds in understanding infectious diseases and pathology. His dedication to improving global health is admirable and he is truly a distinguished alumnus."