Kansas State University's Lauren Ritterbush, left, and students at an excavation site along Wildcat Creek in the Manhattan area. | Download this photo.

MANHATTAN — Two Kansas State University faculty members and 12 students are spending the month of June uncovering what human life may have been like in the Manhattan area hundreds of years ago.

As directors of the Kansas Archaeological Field School, Brad Logan and Lauren Ritterbush are leading students in the excavation of two sites along Wildcat Creek in the Manhattan area.

The field school began in 1968 as a joint effort of Kansas State University and the University of Kansas. Logan, research associate professor of anthropology, has directed the class 16 times since 1986. Beginning in 2004, the field school has been a biennial course, Archaeological Field Methods, offered through Kansas State University's sociology, anthropology and social work department in the College of Arts & Sciences.

In 2014 the field school began investigating a series of ancestral Native American sites along Wildcat Creek, implementing recommendations made by Ritterbush, associate professor of anthropology, following her extensive survey in 2008-2009 of known archaeological sites — a total of 120 — in the Manhattan urban area for the city of Manhattan. As a result of Logan and Ritterbush's work with the 2014 field school, one site has been listed on the National Register of Historic Places.

This year's course runs from June 6 to July 1, and students have already made progress, Logan said.

"One of the sites has yielded evidence of occupation by Native Americans of the Central Plains tradition, a culture dated to A.D. 1000-1400," Logan said.

At this site, Logan said students have recovered projectile points — spear, dart and arrow points — or fragments of them, a distinctive knife, debris from the making of other chipped stone tools, and sherds of ceramic vessels characteristic of the culture.

During the latter portion of the field school, the team will also practice archaeological survey, mapping and excavation of other ancient Native American sites.

"In addition to receiving detailed instruction in the methods of field archaeology, the students learn ancient techniques that include flint knapping, throwing darts with an atlatl and use of slings," Ritterbush said. "They are contributing to a long-range research endeavor that addresses prehistoric human use of the Wildcat Creek watershed and other areas of Manhattan over the past 13,000 years."

Watch a video of the field work:

From out of state: Susan Schmidt, senior in social sciences, Allentown, Pennsylvania. 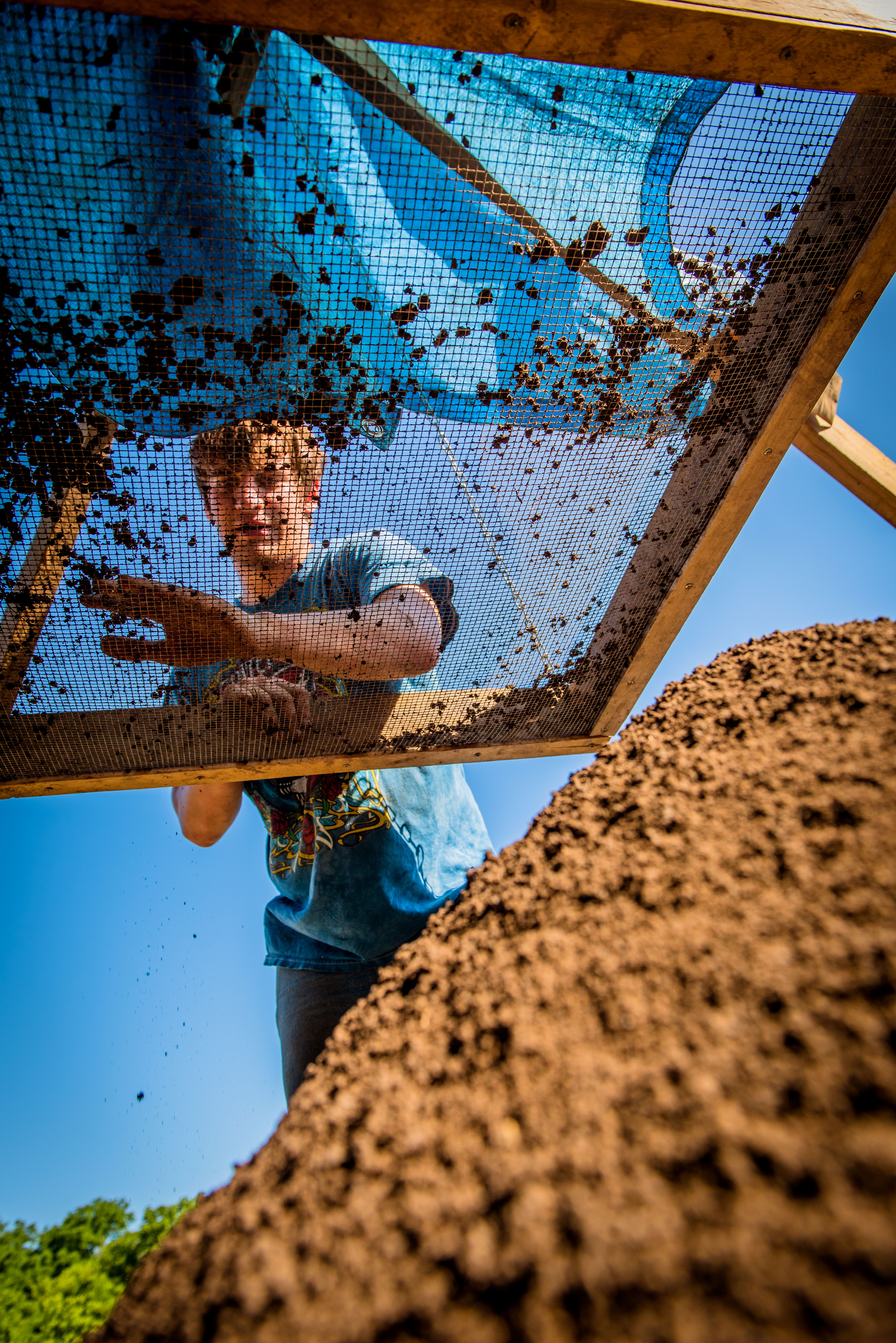 Archaeological Field Methods, does sifting work at one of the two excavation sites for this summer's class, seeking signs of what life was like along the Wildcat Creek watershed hundreds of years ago.

Two sites along Wildcat Creek in the Manhattan area are the focus of the 2016 archaeological field school course offered through Kansas State University's sociology, anthropology, and social work department during June.