MANHATTAN — The editor of a popular political and pop culture website, a CNN political contributor, a well-known historian, and the chief scientific officer for one of the major food and beverage companies in the world will present Landon Lectures in April at Kansas State University.

"April at Kansas State University will be a month devoted to showcasing some interesting perspectives on key issues facing the nation through three Landon Lectures delivered by four individuals who are among the most noted in their fields," said Jackie Hartman, the university's chief of staff, director of community relations and chair of the Landon Lecture Series. "We also have the possibility of a fourth Landon Lecture in May that would bring an international perspective."

The lecturers and dates of their presentations:

• Historian and author H.W. Brands, the Jack S. Blanton Sr. chair in history at the University of Texas, Austin, at 4:30 p.m. Thursday, April 7, in McCain Auditorium. Brands writes about American history and politics. A best-selling author, his books include "Traitor to His Class: The Privileged Life and Radical Presidency of Franklin Delano Roosevelt" and "The First American," which were both finalists for the Pulitzer Prize, as well as "The Man Who Saved the Union: Ulysses Grant in War and Peace," "Andrew Jackson," "The Age of Gold," and "T.R.: The Last Romantic" and more. His writings have been translated into Spanish, French, German, Russian, Chinese, Japanese, Korean, Czech, Danish and Ukrainian.

• Husband and wife political pundits John Avlon and Margaret Hoover at 7 p.m. Friday, April 15, in McCain Auditorium. Avlon is editor-in-chief of the popular political website The Daily Beast and a CNN contributor. He is the author of "Independent Nation: How Centrists Can Change American Politics" and "Wingnuts: How the Lunatic Fringe is Hijacking America." He won the National Society of Newspaper Columnists' award for best online column in 2012. Avlon was the former speechwriter for New York City Mayor Rudy Giuliani. Hoover is a CNN political contributor and author of the book "American Individualism: How A New Generation of Conservatives Can Save the Republican Party." Socially liberal and fiscally conservative, Hoover is a descendant of former President Herbert Hoover. She is a veteran of the George W. Bush administration and serves on the boards of the American Foundation for Equal Rights, GOProud, Hoover Institution, Herbert Hoover Presidential Library and the Belgian American Educational Foundation.

• PepsiCo vice chairman and chief scientific officer, global research and development, Dr. Mehmood Khan at 10:30 a.m. Monday, April 25, in McCain Auditorium. Khan oversees PepsiCo's global Performance with Purpose initiatives to enhance environmental, human and talent sustainability for the company, which has 22 different brands that generate $1 billion each in estimated annual sales. He also leads the company's research and development efforts, creating innovations in food, beverages and nutrition. As chair of PepsiCo's Sustainability Council, he oversees and guides the company's initiatives that help protect and conserve global water supplies, develop innovative packaging to minimize its products' impact on the environment, eliminate solid waste to landfills from its production facilities, reduce companywide absolute greenhouse gas emissions, and support sustainable agriculture efforts by expanding best practices with the company's growers and suppliers. He also strengthens PepsiCo's global network and knowledge base by launching research projects with leading universities and technology companies and spearheading agricultural and nutrition science initiatives. Before joining PepsiCo, Khan was president of Takeda Global Research & Development and was a faculty member at the Mayo Clinic and Mayo School of Medicine in Rochester, Minnesota. 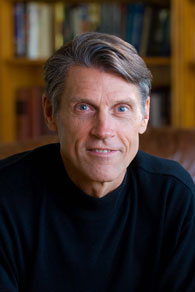 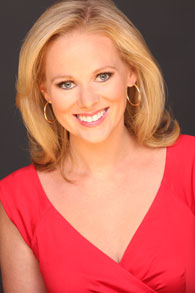 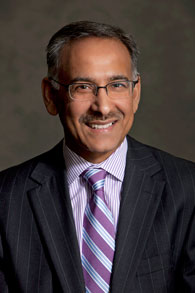